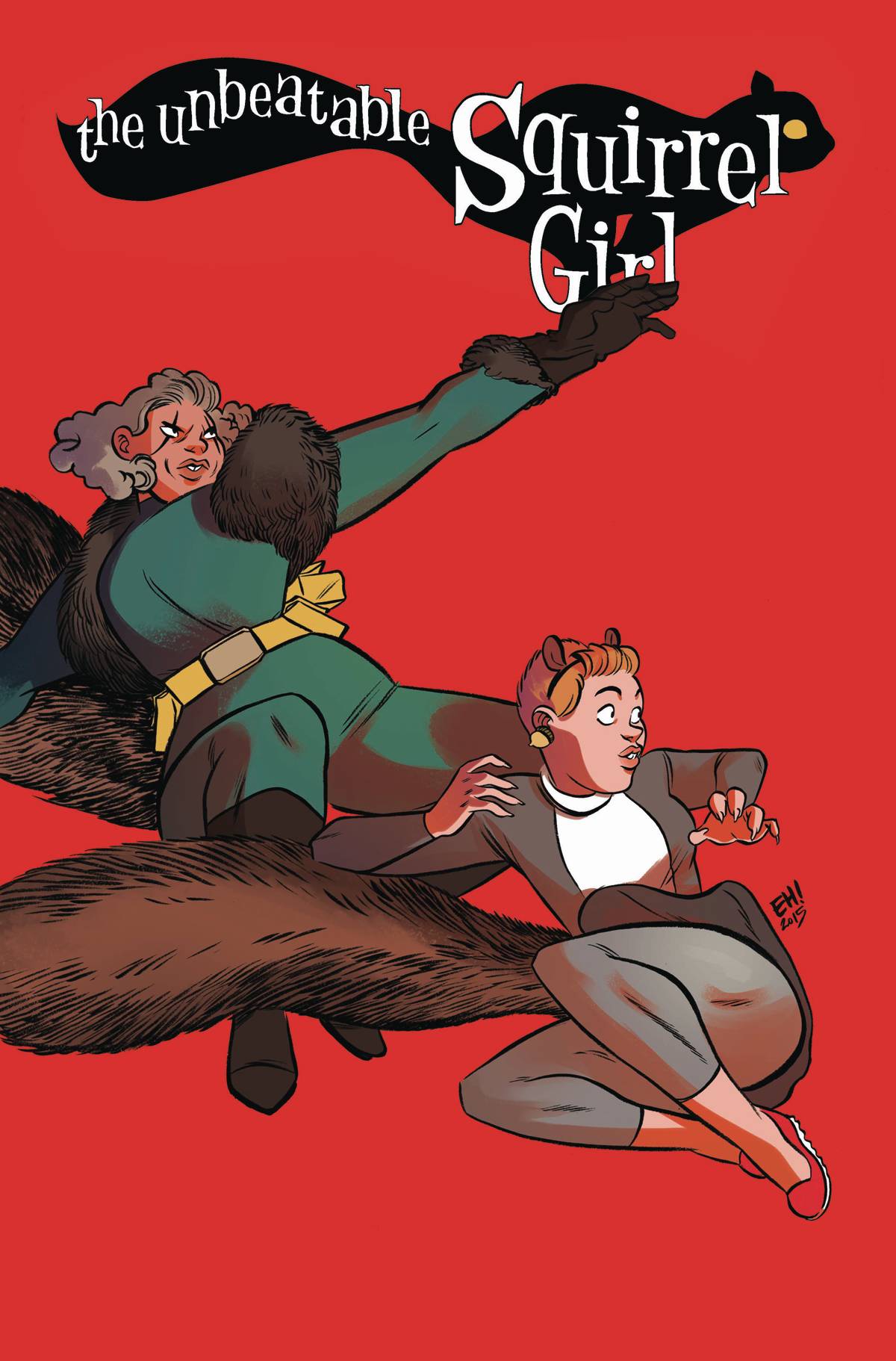 #
NOV160949
(W) Ryan North, Chip Zdarsky (A) Various (CA) Erica Henderson
With her unique combination of wit, empathy and squirrel powers, computer-science student Doreen Green is all that stands between the Earth and total destruction. Well, Doreen plus her friends Tippy-Toe (a squirrel) and Nancy (a regular human). So mainly Squirrel Girl. Then what hope does Earth have if she gets hurled back in time and erased from history? Some hope, hopefully, as Howard the Duck is waiting impatiently for a crossover! If that animal encounter isn't enough, prepare for Swarm, a buzzkill made of bees, and Mole Man, the subterranean super villain looking for love! But you're not here for flowers and kissing, you're all about computer science and super heroics. Get both - and more - in a showdown with Count Nefaria! You go, Squirrel Girl! Collecting UNBEATABLE SQUIRREL GIRL (2015B) #1-11 and HOWARD THE DUCK (2015B) #6.
Rated T
In Shops: May 03, 2017
SRP: $34.99
View All Items In This Series