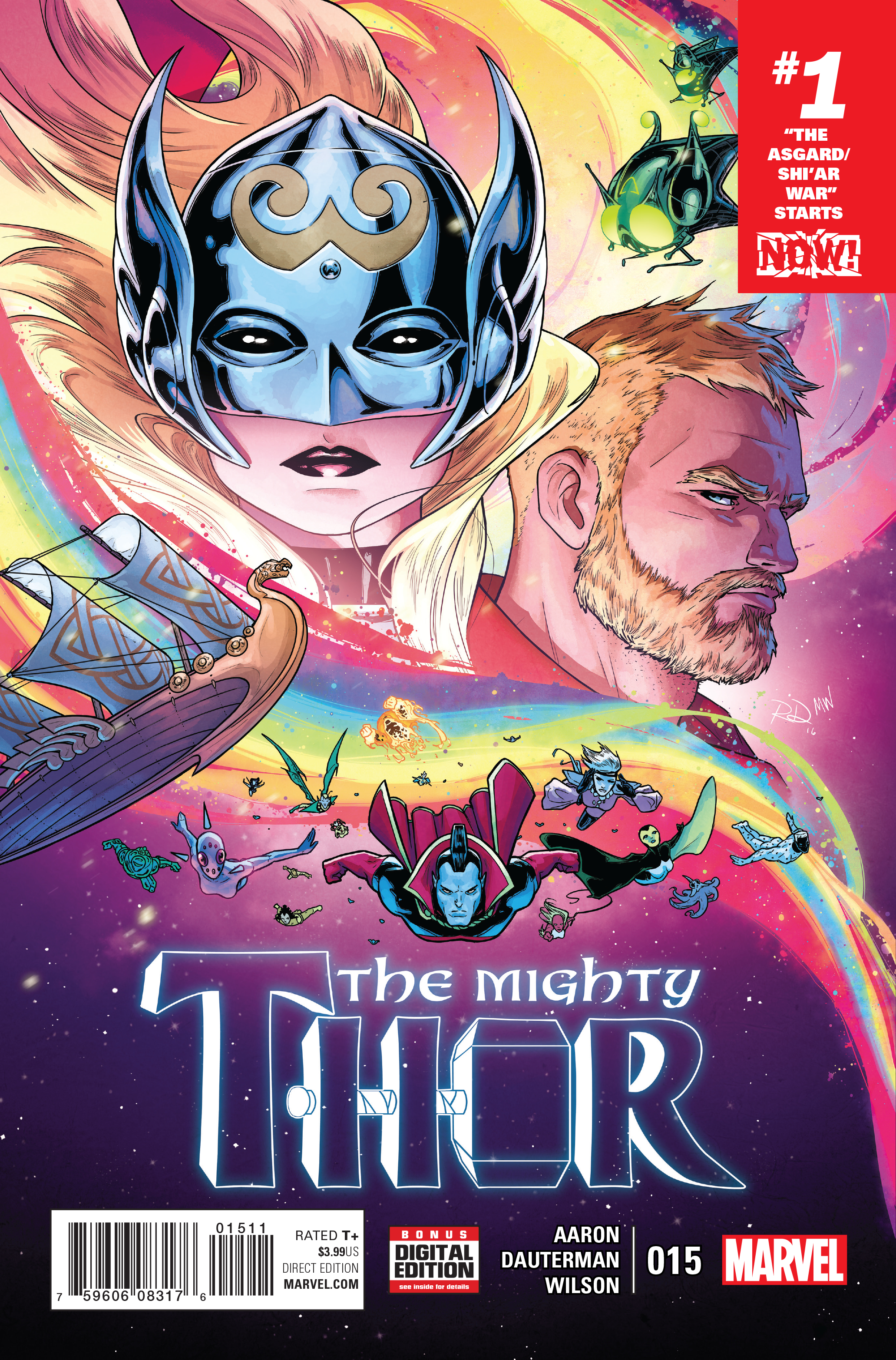 NOV160764
(W) Jason Aaron (A/CA) Russell Dauterman
THE "ASGARD/SHI'AR WAR" STARTS HERE!
•  As Malekith's campaign to conquer the Ten Realms rages on, Thor and her League of Heroes lead the charge against the Dark Elf's forces.
•  But far across the galaxy, another conflict is brewing and the most powerful super-army in the cosmos is preparing a surprise attack on the city of the gods.
•  The Shi'ar Empire will lay siege to Asgardia. Their target: the Goddess of Thunder.
Rated T+
In Shops: Jan 11, 2017
SRP: $3.99
View All Items In This Series