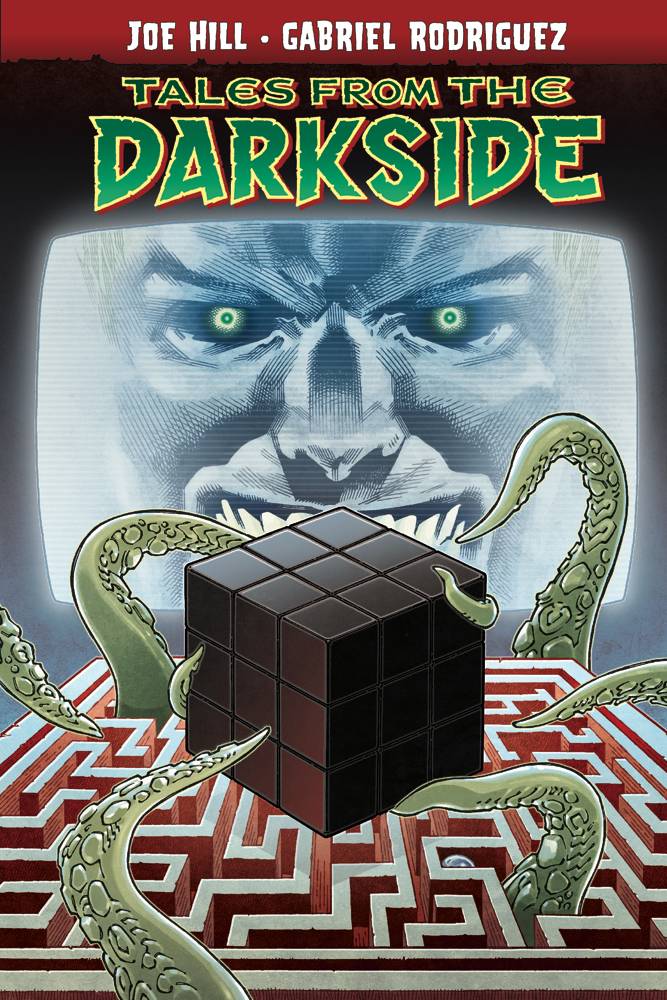 #
NOV160507
(W) Joe Hill (A/CA) Gabriel Rodriguez
Joe Hill's nerve-shredding re-imagining of Tales from the Darkside never made it to TV... but the dead are restless and refuse to stay buried! Adapts the episodes written by Hill and illustrated by Locke & Key co-creator Gabriel Rodriguez! Four stories of the macabre and malevolent! One coulda-been, shoulda-been TV epic on paper with pictures that don't move! Step out of the warm, sunlit world you think of as reality and get ready to take a chilling walk... on the DARKSIDE.
In Shops: Mar 01, 2017
SRP: $21.99