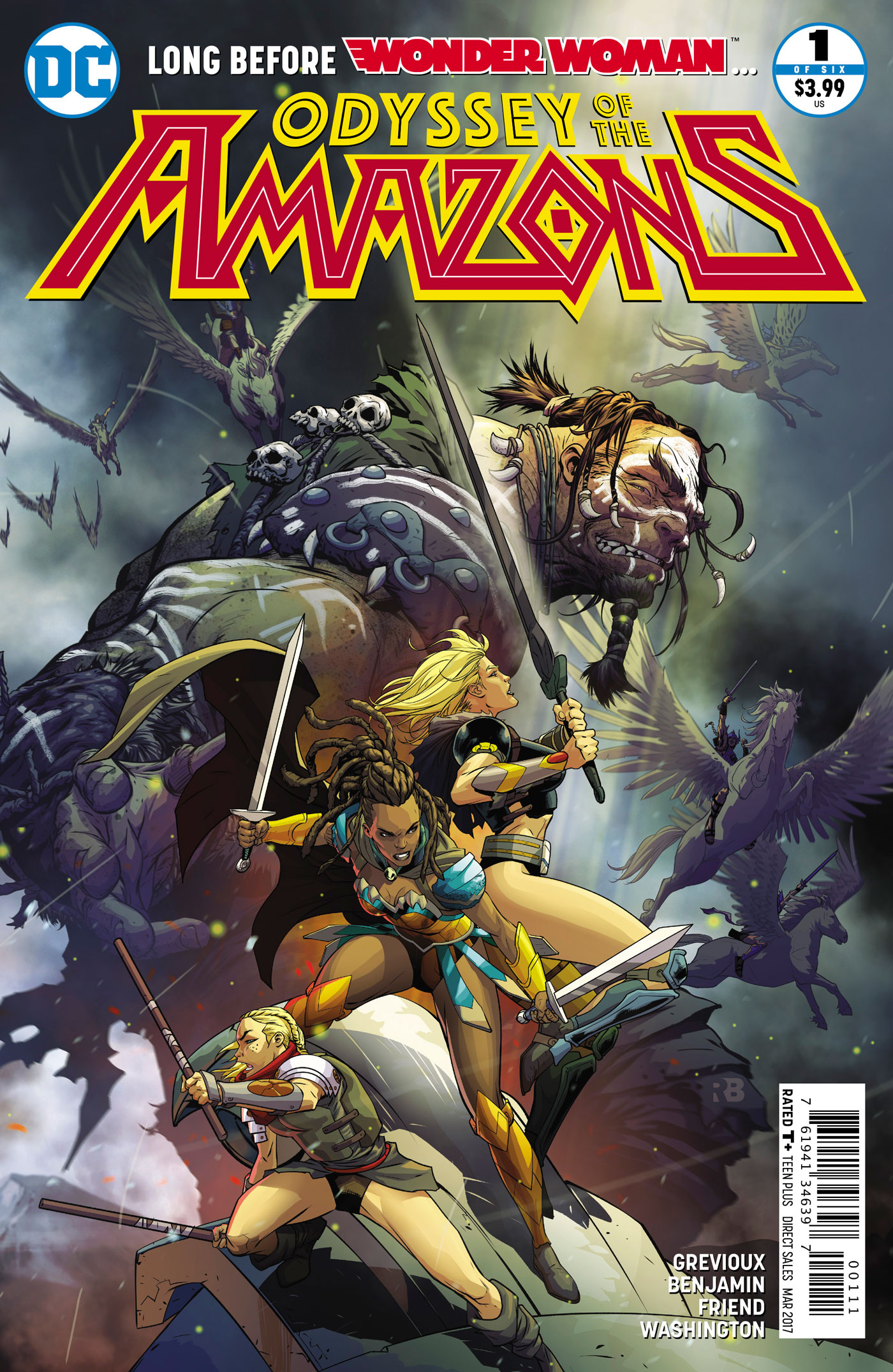 NOV160291
(W) Kevin Grevioux (A) Richard Friend (A/CA) Ryan Benjamin
Don't miss the start of this new miniseries set in the world of Wonder Woman from writer/actor Kevin Grevioux (New Warriors, Underworld). Years before the birth of Princess Diana, a group of Amazons set out on a globe-spanning quest to find others of their kind, encountering legendary creatures and beings along the way. But their journey soon turns into a rescue mission as two of their own are captured by the legendary Storm Giants of Norse mythology. It's up to their leader, the stalwart Hessia, to keep them together through the many trials that lie ahead. RATED T
In Shops: Jan 25, 2017
SRP: $3.99
View All Items In This Series