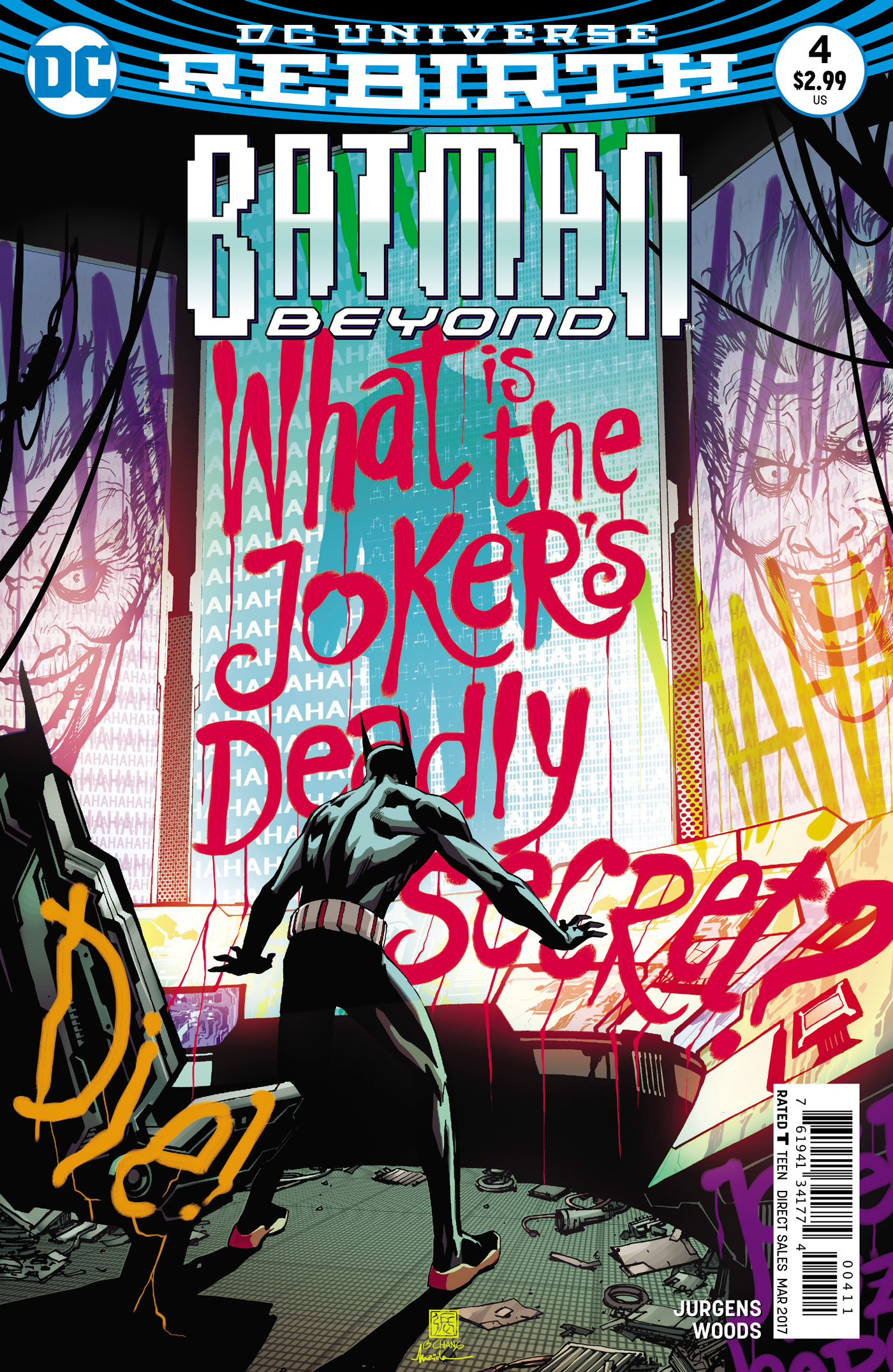 NOV160202
(W) Dan Jurgens (A) Pete Woods (CA) Bernard Chang
The deadly secret behind the newly risen Joker is revealed, and it's about to shake up Terry McGinnis' world! Terminal has been using the existence of the Clown Prince of Crime to set himself up as the leader of the anarchic gang of Jokerz, but this new revelation may even put his own criminal empire in jeopardy. This is a turning-point chapter in the life of the Batman of the future. RATED T
In Shops: Jan 25, 2017
SRP: $2.99
View All Items In This Series