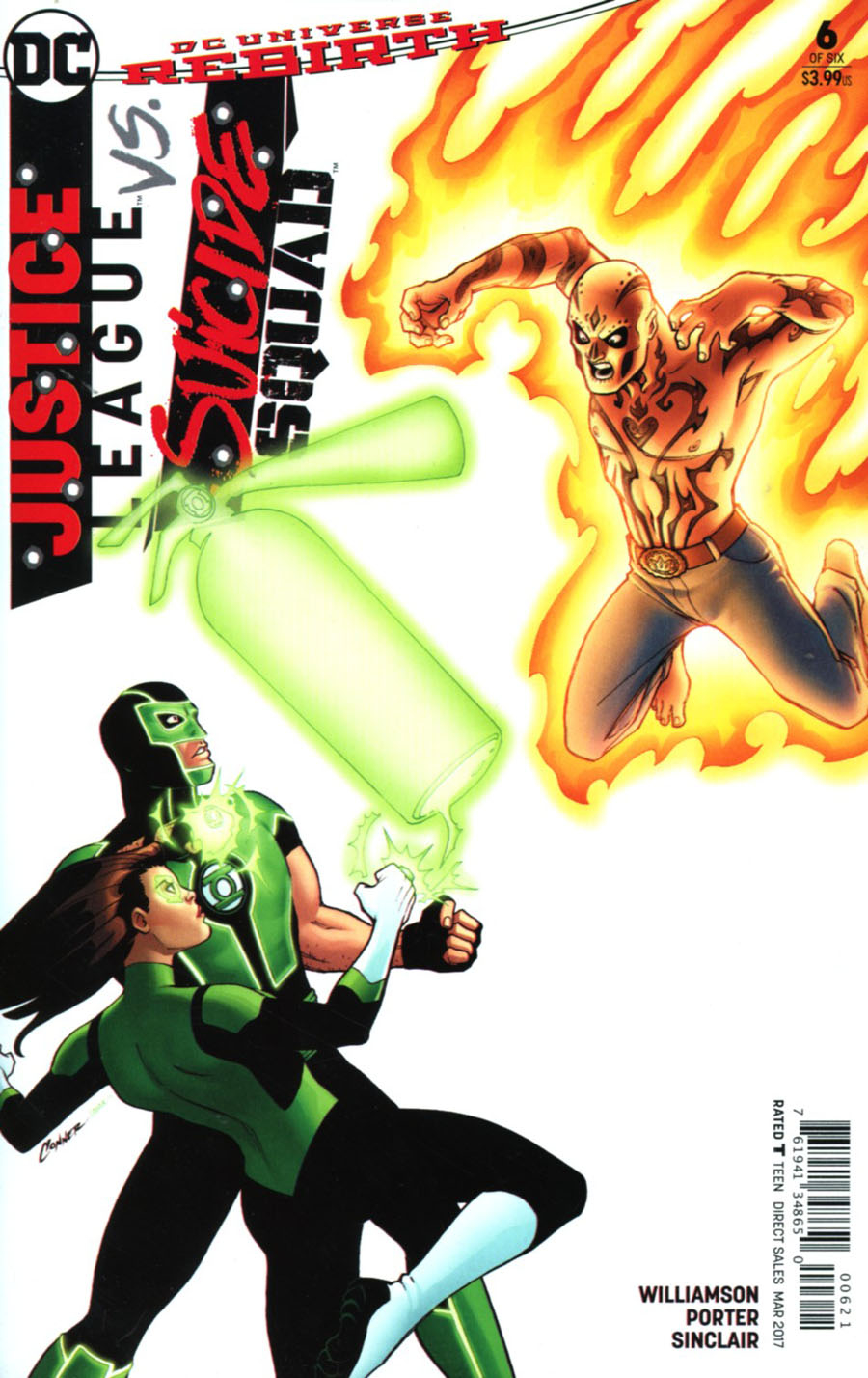 NOV160173
(W) Joshua Williamson (A) Howard Porter (CA) Amanda Conner
Legendary JLA artist Howard Porter returns for the ultimate showdown between the Suicide Squad, the Justice League and the forces of [REDACTED]. Unlikely heroes emerge from the rubble of DC's first major event since DC UNIVERSE: REBIRTH, leaving both teams in a place they've never been before...and setting the stage for the all-new JUSTICE LEAGUE OF AMERICA.
RATED T
In Shops: Jan 25, 2017
SRP: $3.99
View All Items In This Series