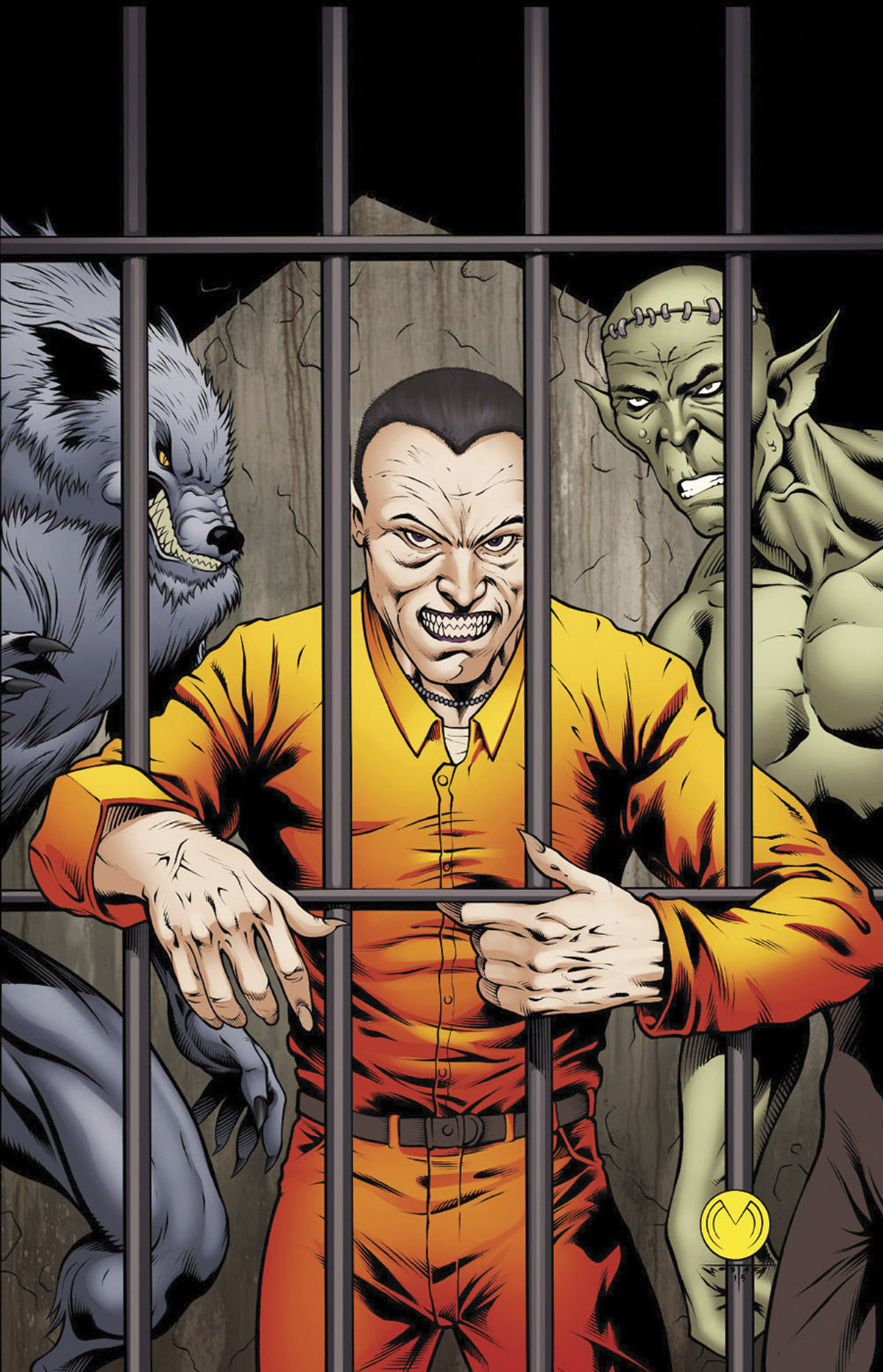 NOV151803
(W) Ralph Tedesco, Joe Brusha (CA) Marat Mychaels
Years ago, unbeknownst to the public, the U.S. government began to capture more and more various creatures, building a walled city and setting up an experimental testing facility on an abandoned island in the Pacific Ocean.
Within a few years the island was filled with hundreds of different creatures, and government scientists worked to understand them.
But in 2012 disaster struck and the island was evacuated. Now the inmates have taken over and gangs of different species fight for control within the city walls.
But something was left behind on Monster Island, something the government desperately needs. And the only way to recover it is to send an elite unit into the most dangerous place in the world: Monster Island.
In Shops: Feb 03, 2016
SRP: $3.99
View All Items In This Series
ORDER WISH LIST