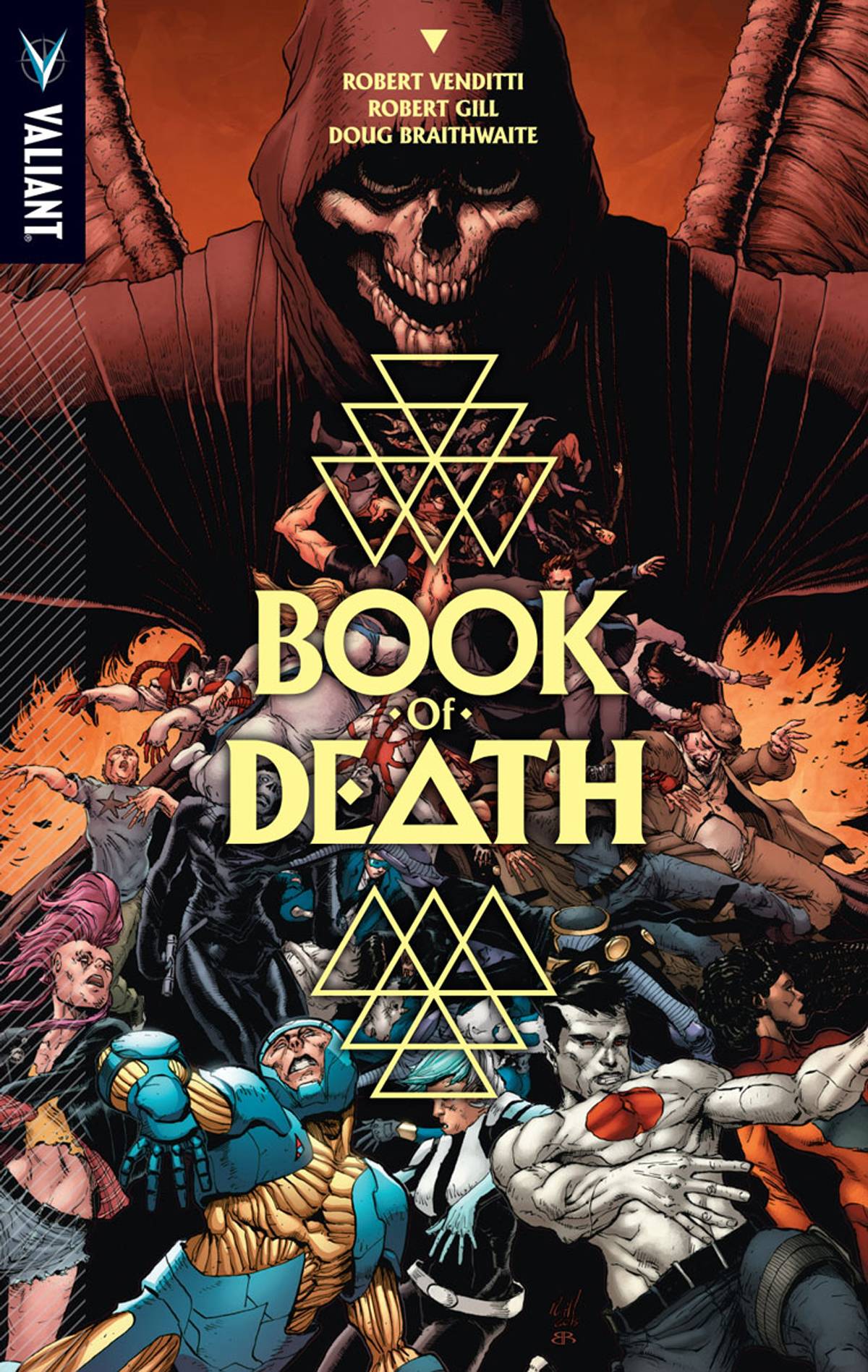 #
NOV151724
(W) Robert Venditti (A) Doug Braithwaite (A/CA) Robert Gill
The Valiant heroes. X-O Manowar. Bloodshot. Ninjak. The Harbinger Renegades. Unity. This is how they lived. This is how they died.
Now we know. The Book of the Geomancer has recorded it all. But only a young girl - the last in a line of the enigmatic mystics who protect the Earth known as Geomancers - has seen this future come to pass, from the coming cataclysm to the dawn of the 41st century. Alone with her sworn protector, the Eternal Warrior - a soldier battle-forged across five thousand years of combat - the duo must defy their allies to stop the Dark Age that now threatens to eclipse our world.
Together, they are the number one target of every hero and villain on Earth. Either the Eternal Warrior hands her over...or they take him down. But can even he single-handedly protect one child when the entire Valiant Universe wages war against him?
New York Times best-selling writer Robert Venditti (X-O MANOWAR) joins superstar-in-the-making Robert Gill (Batgirl) and visionary artist Doug Braithwaite
(ARMOR HUNTERS) to begin a thousand-year journey into the future of the Valiant Universe...and rain, fire, blood and war on the heroes of today.
Collecting BOOK OF DEATH #1-4.
In Shops: Jan 20, 2016
SRP: $14.99
ORDER WISH LIST