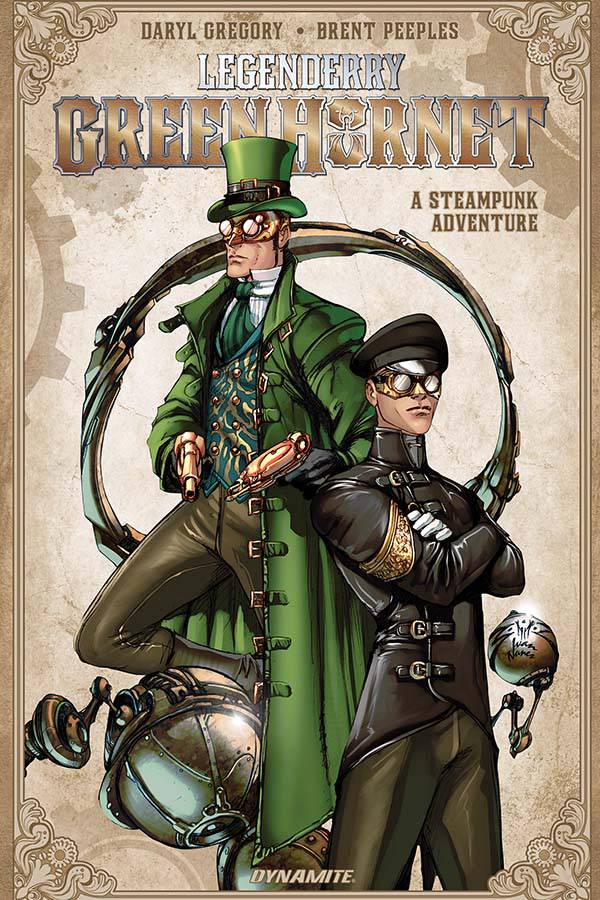 #
NOV151296
(W) Daryl Gregory (A) Brent Peeples (CA) Joe Benitez
From the pages of Bill Willingham's Legenderry: A Steampunk Adventure... it's Green Hornet and Kato, goggles-deep in an all-out gang war. Against a Neo-Victorian backdrop of clockworks and bowler hats, the classic pulp crusaders take their war against crime - infiltrating the enemy in their colorful masked guises - to whole new levels of whimsy and wonder! When Little Lord Homicide makes his claim as heir to the Big City's underworld, the pint-sized child psychopath incites a gang war against the reigning Veiled Lady... and draws our disguised heroes into a web of intrigue and revenge. As urban warriors from every dank alleyway pour into the violent cobblestone streets, a mysterious new player known as the Brass Hornet makes the chaos decidedly personal by offering a king's ransom for the Green Hornet's head!
In Shops: Dec 30, 2015
SRP: $17.99