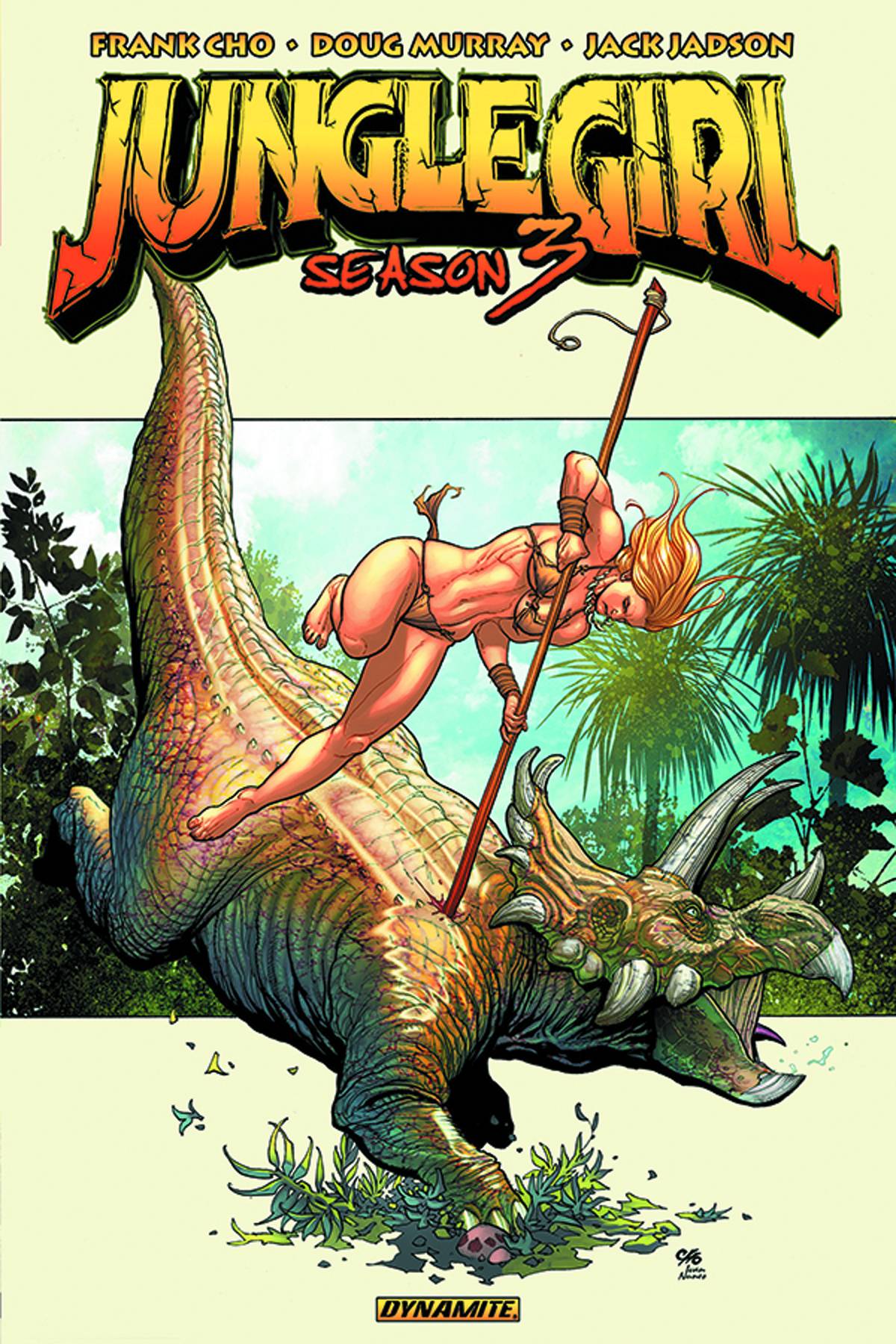 #
NOV151295
(W) Frank Cho, Doug Murray (A) Jack Jadson (CA) Frank Cho
The Lost World is doomed! When a tear in the dimensional fabric opens over the forbidden God Mountain, the brave and cunning Jana must rescue her friends Togg and Mike Mize from flaming debris, stampeding dinosaurs, and bloodthirsty tribesmen. Can the intrepid Jungle Girl overcome the chaos caused by the fearsome otherworldly deities known as The Old Ones? Her only salvation, a powerful artifact of alien origin, resides within the Temple of the Dirt People... a journey that will not only lead Jana to horrors undreamt, but also to a terrible revelation about the man she loves most: her father! Acclaimed storyteller Frank Cho (Savage Wolverine, Liberty Meadows) returns to Jungle Girl for its epic third act, co-written by Doug Murray (The 'Nam) and featuring artwork by Jack Jadson (The Savage Hawkman)!
In Shops: Jan 27, 2016
SRP: $15.99
View All Items In This Series