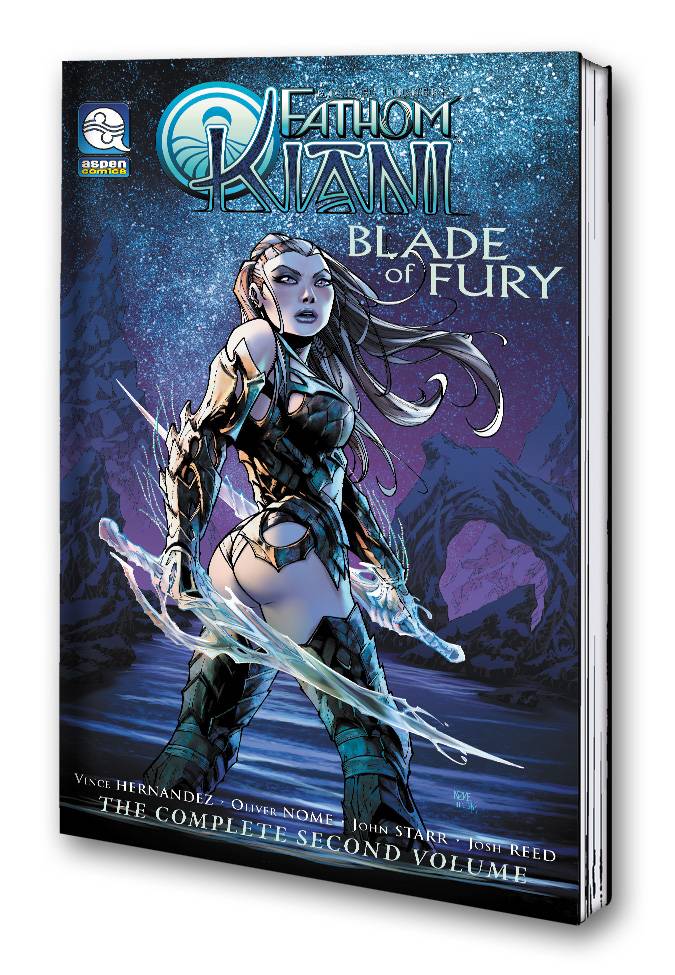 #
NOV151077
(W) Vince Hernandez (A) Oliver Nome
In Volume One, she discovered her true identity. Later, she was labeled a dissident by her own people. Finally, she was killed by Aspen Matthews...

The neutral truce between the Humans and the Blue has taken an emotional toll on the inhabitants under the surface-and their future as a unified body remains uncertain. However, all bets are off as Kiani's true power and capabilities-as well as shocking secrets from the past-- are revealed!

The long sold out Kiani volume 2 series is collected in its entirety, including a comprehensive cover gallery, concept art, and a whole lot more. Don't miss out on the Fathom: Kiani - Blade of Fury TPB!
In Shops: Apr 26, 2017
SRP: $12.99
View All Items In This Series