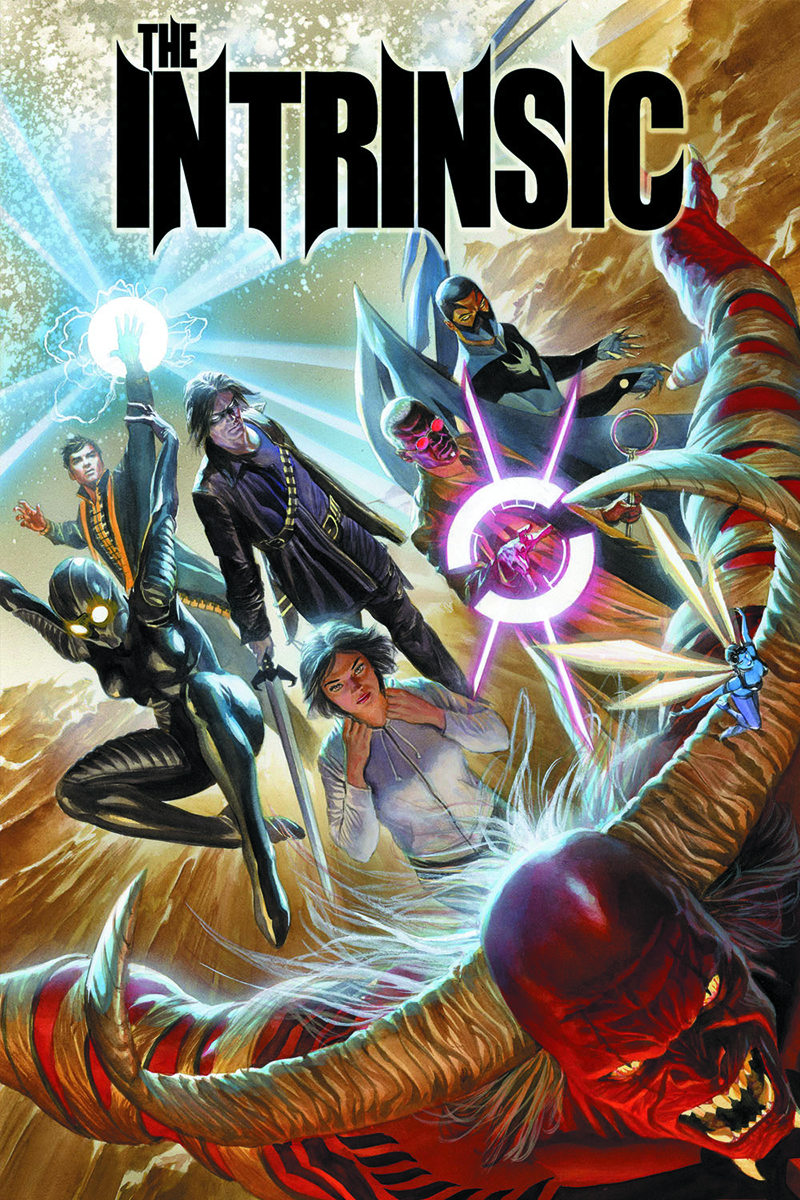 NOV151050
(W) Sean Patrick O'Reilly (A) Allan Otero (CA) Alex Ross
The Philosophers are an ancient secret order of magic-users who protect Earth. One of their number, Ishmael Stone, known as Philosopher Rex, has assembled an elite team, called The Intrinsic to deal with the most serious threats from the outer realms. The team includes: Kade, the immortal warrior; Kobe, the massive Demon-spawn; Kinetic, master of mental powers; Jas, a young spiritual warrior monk; and Candice Crow, the living embodiment of heat. But how will the Intrinsic react when they are called not to protect the Earth, but to protect themselves from it? The Intrinsic is a company crossover event bringing together characters from hundreds of titles within Arcana's library.
In Shops: Mar 02, 2016
SRP: $29.95
ORDER WISH LIST