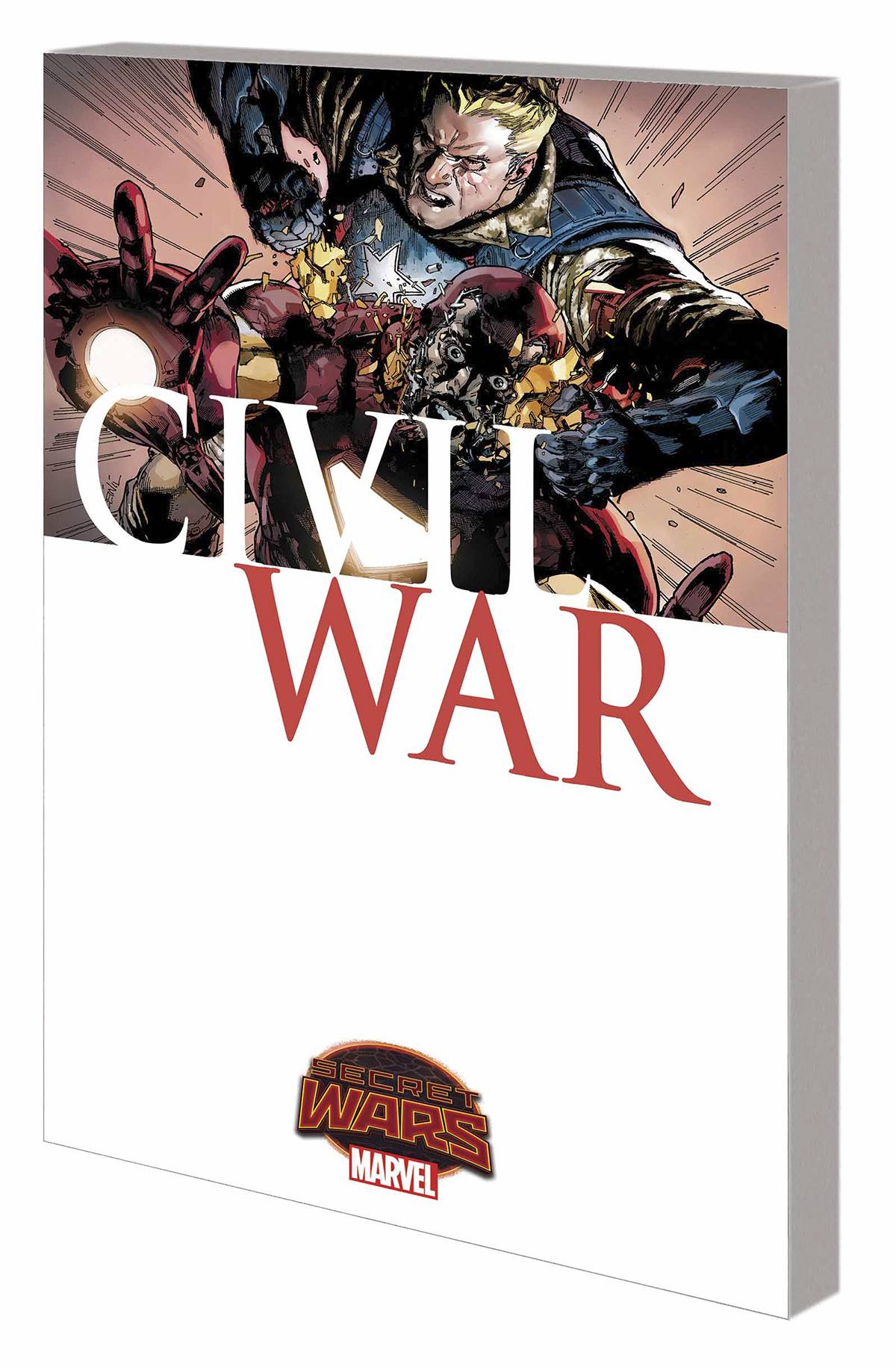 #
NOV150938
(W) Charles Soule (A/CA) Leinil Francis Yu
Prepare to discover one of Battleworld's most contested domains -- where CIVIL WAR never ended! In the Warzone, the conflict over the Superhuman Registration Act reached a climax that tore the country in half -- literally. The East became the Iron, with Tony Stark imposing order. The West became the frontier known as the Blue, where Steve Rogers enforces justice. With heroes split between the feuding territories, old friends are now bitter enemies, and families are torn apart. As General Rogers and his allies -- including Peter Parker -- seek an end to the conflict, President Stark makes a disturbing discovery about the divided nation. When the two figureheads finally meet again, will a historic summit lead to peace at last? SECRET WARS plus CIVIL WAR equals probably not! Collecting CIVIL WAR (2015) #1-5.
Rated T+
In Shops: Feb 17, 2016
SRP: $16.99
ORDER WISH LIST