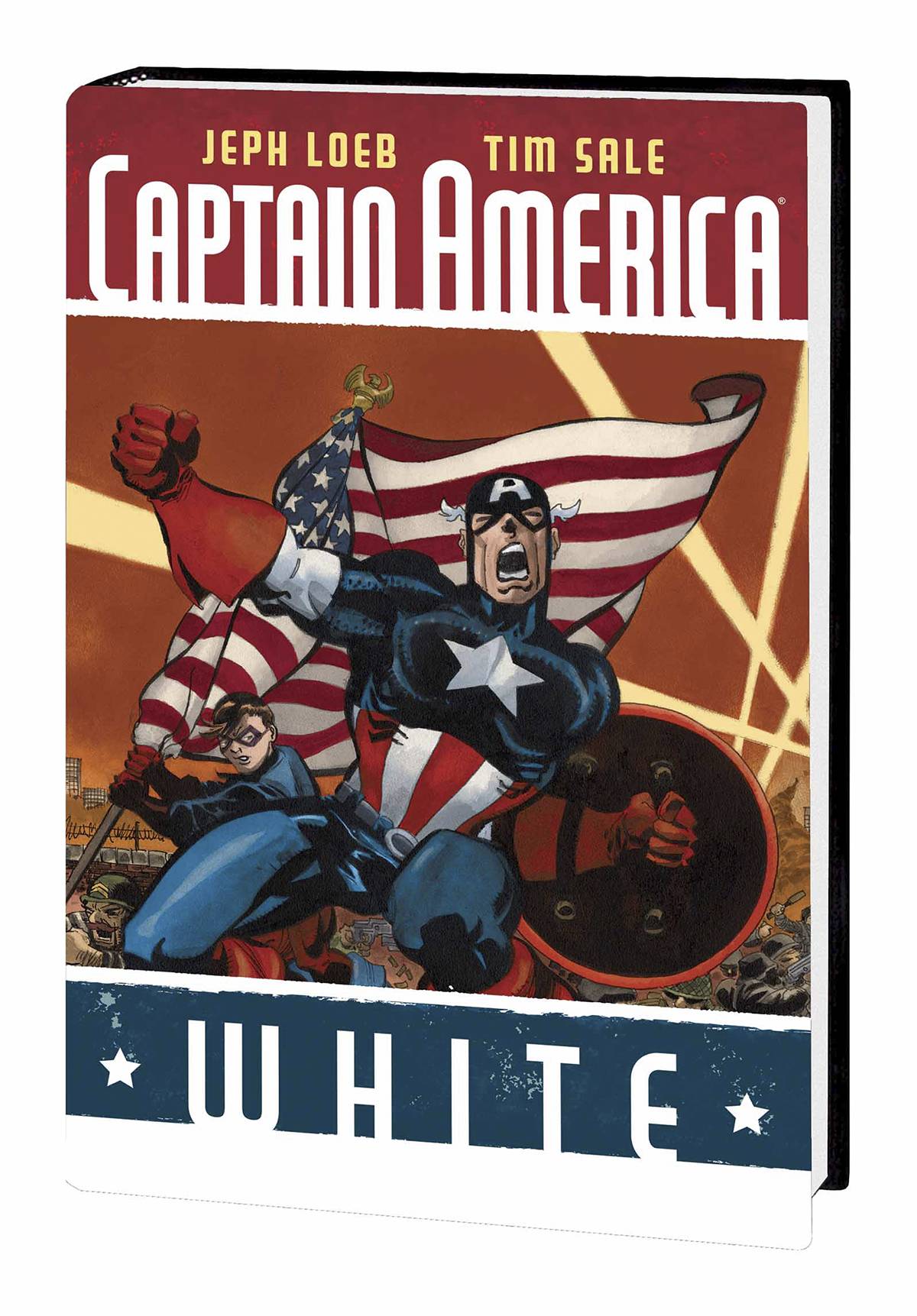 #
NOV150924
(W) Jeph Loeb (A/CA) Tim Sale
Journey back to the Big One as Captain America recalls one of his most incredible missions. It's 1941, and the Howling Commandos are enjoying a respite from the ordeal of World War II -- until Cap and his faithful partner, Bucky, lead them into the hands of the enemy! As the Nazis unleash their latest deadly soldiers, an old ally lends a hand -- but an even older enemy will threaten America's greatest hero like never before. Will the Sentinel of Liberty gain his freedom in time to rescue Paris from the clutches of a monster? The Eisner Award-winning creative team of Jeph Loeb and Tim Sale (DAREDEVIL: YELLOW, HULK: GRAY, SPIDER-MAN: BLUE) reunites to deliver another colorful exploration of the early days of a Marvel icon! Collecting CAPTAIN AMERICA: WHITE #0-5.
Rated T+
In Shops: Feb 17, 2016
SRP: $29.99
ORDER WISH LIST