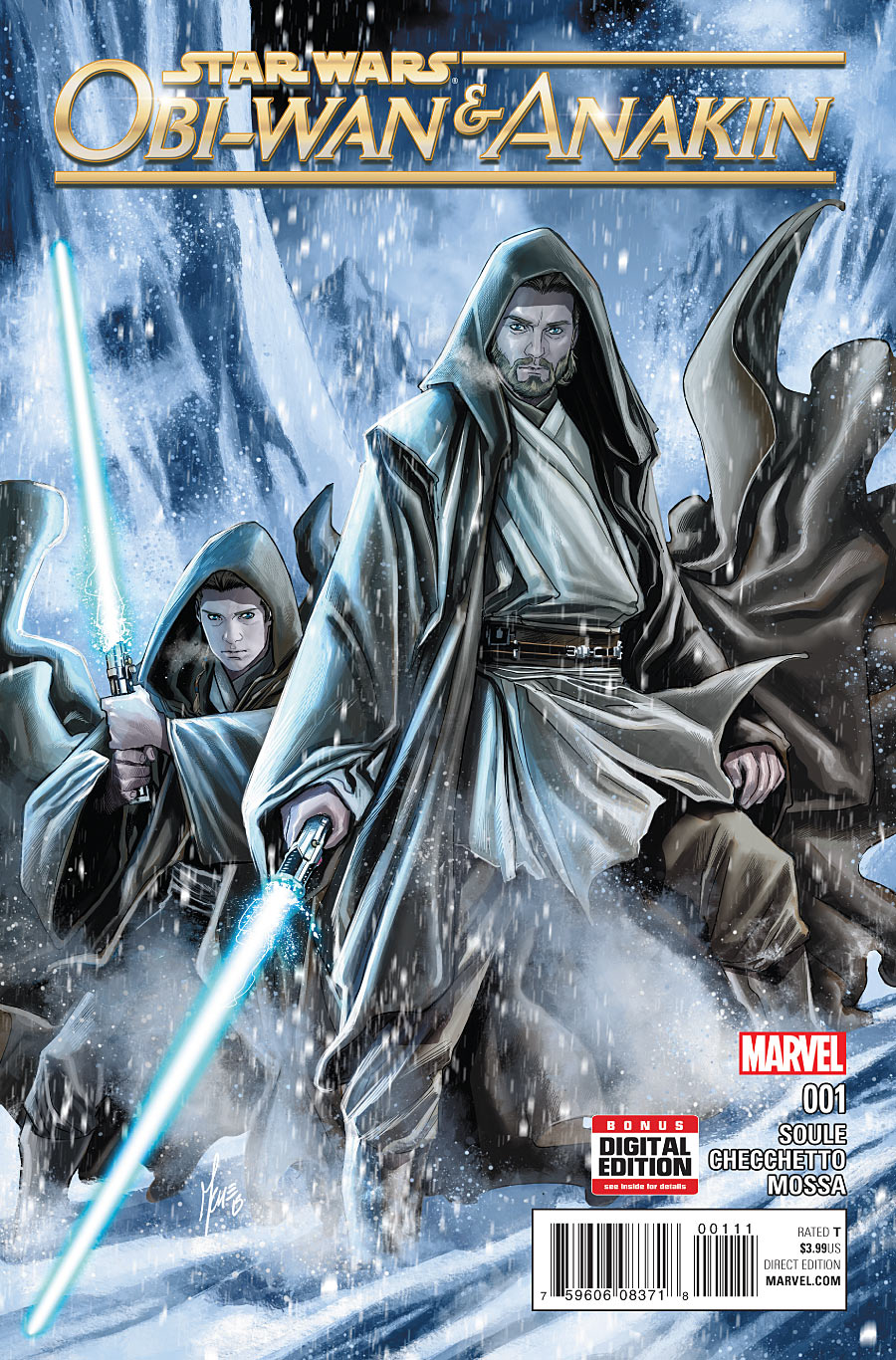 NOV150910
(W) Charles Soule (A/CA) Marco Checchetto
Before their military heroism in the Clone Wars, before their tragic battle on Mustafar, and many decades before their final confrontation on the Death Star...they were Master Obi-Wan Kenobi and his Padawan learner, Anakin Skywalker. It's been a few years since Obi-Wan pledged to train the young "chosen one," but even as they have grown closer through training, it has been a difficult road. Now, called to a remote planet for assistance, Master and Padawan may be pushed to the breaking point. Writer Charles Soule (Lando, She-Hulk, Daredevil) and artist Marco Checchetto (Star Wars: Shattered Empire, Avengers World, Punisher) bring us a tale of the Jedi at the height of their power...
Rated T
In Shops: Jan 06, 2016
SRP: $3.99
View All Items In This Series