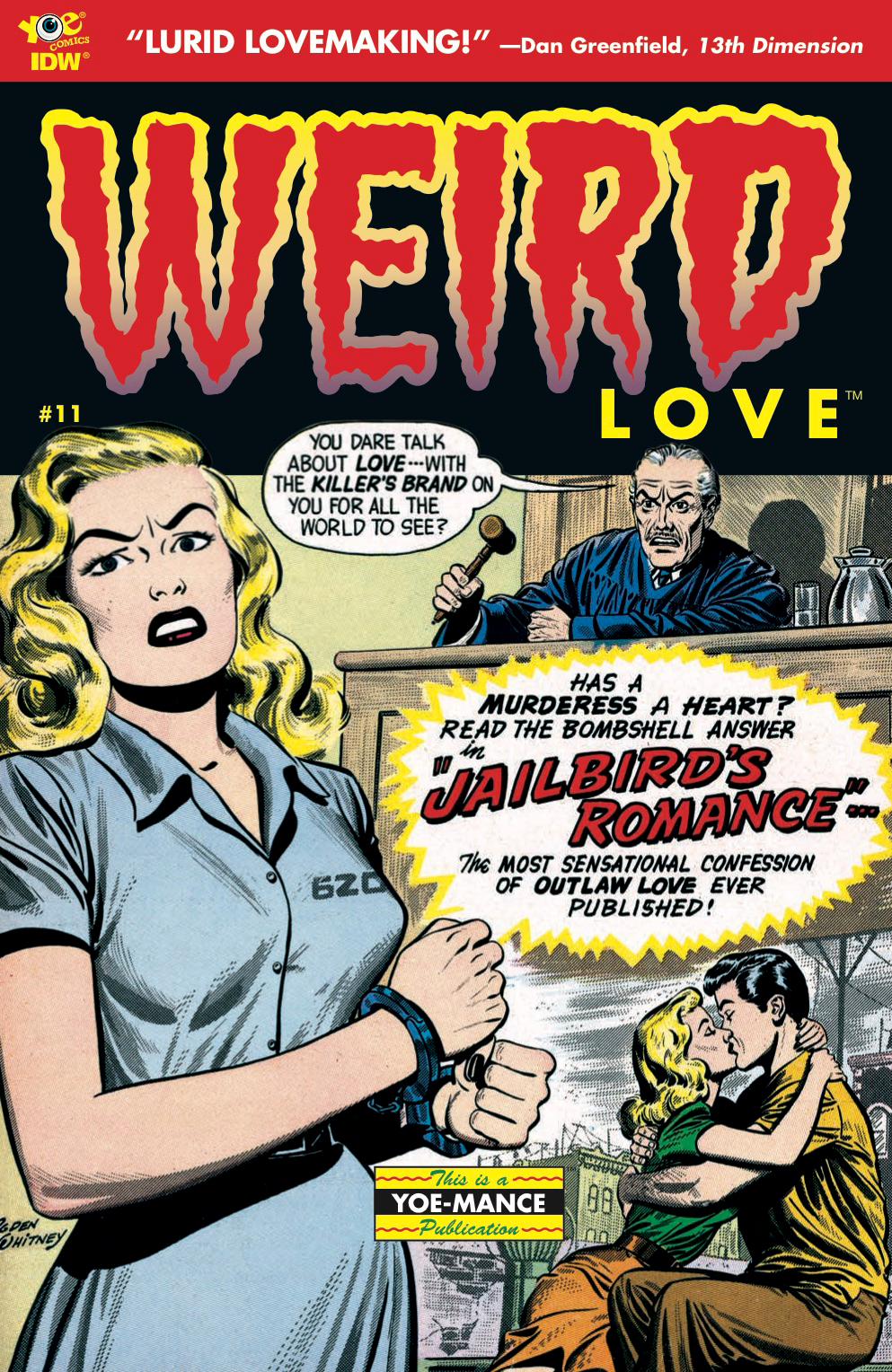 NOV150480
(W) Richard E. Hughes, Ruth Roche, Various (A) Matt Baker, Various (CA) Ogden Whitney
The cover story alone, "Jailbird's Romance", would cost you a couple of grand on the collector's market! It's drawn by the demented duo Ogden Whitney and Richard Hughes. More bizarre stories include "It's Like Love, Pussycat!" "Pick-up," and in "Savage Kisses," a knife-wielding, half-naked, island girl fights Nazis and wins the heart of an American soldier. Then, it gets worse, with the most sordid comic story we've ever printed!
In Shops: Jan 20, 2016
SRP: $4.99
View All Items In This Series