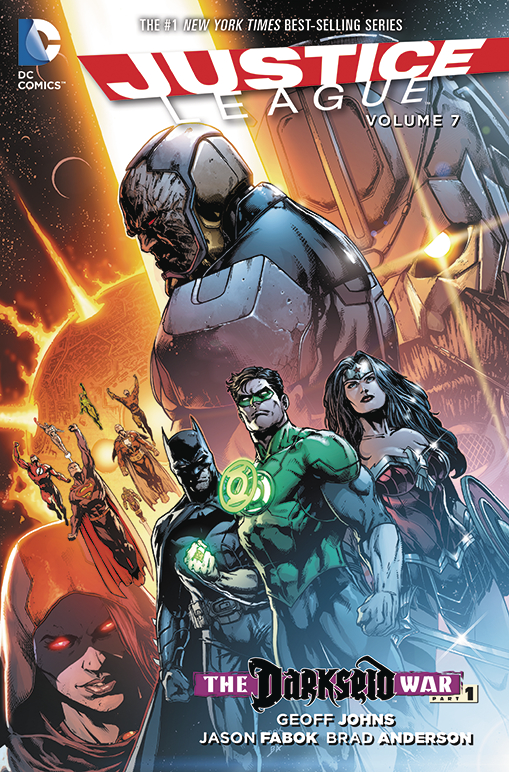 NOV150281
(W) Geoff Johns (A) Jim Lee, Phil Jimenez, Dan Jurgens, Kevin Maguire, Scott Kolins, Scott Williams, Jerry Ordway (A/CA) Jason Fabok
The Justice League came together to stop the forces of Darkseid from destroying Earth five years ago. Now the ruler of Apokolips returns, but this time he's set his sights on the world-shattering Anti-Monitor. Will the combined might of the Justice League be enough to protect Earth from becoming collateral damage as gods fight? This new JUSTICE LEAGUE hardcover collects JUSTICE LEAGUE #40-44 and a story from DC COMICS DIVERGENCE #1.
In Shops: Mar 09, 2016
SRP: $24.99
View All Items In This Series
ORDER WISH LIST