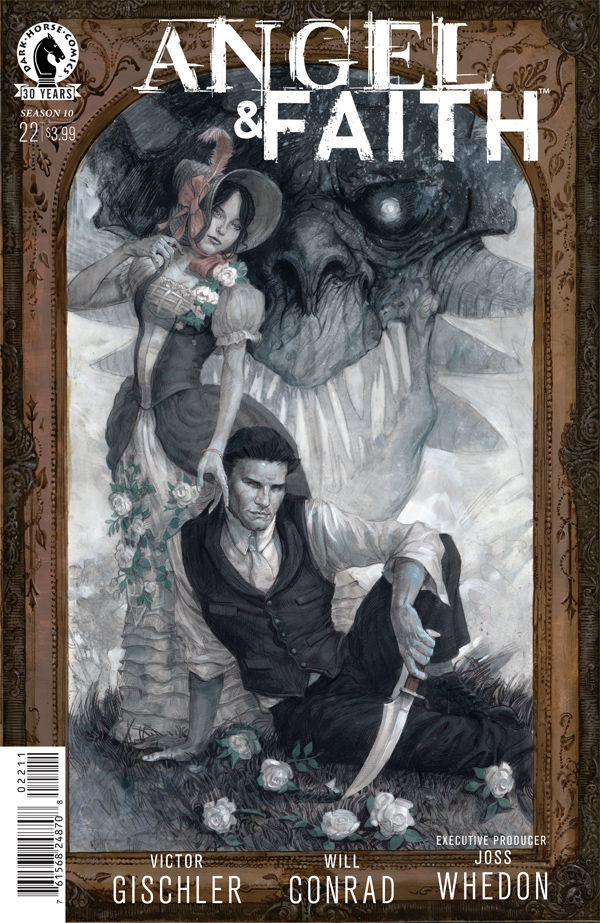 NOV150021
(W) Victor Gischler (A) Will Conrad (CA) Scott Fischer
Faith faces off against Drusilla in a grudge match that could level Magic Town as Angel attempts to withstand Archaeus's power over him. Meanwhile, a mysterious statue-a magical relic of great power-has been obtained by the Big Bad. What does Archaeus have planned for his new toy?
In Shops: Jan 06, 2016
SRP: $3.99
View All Items In This Series