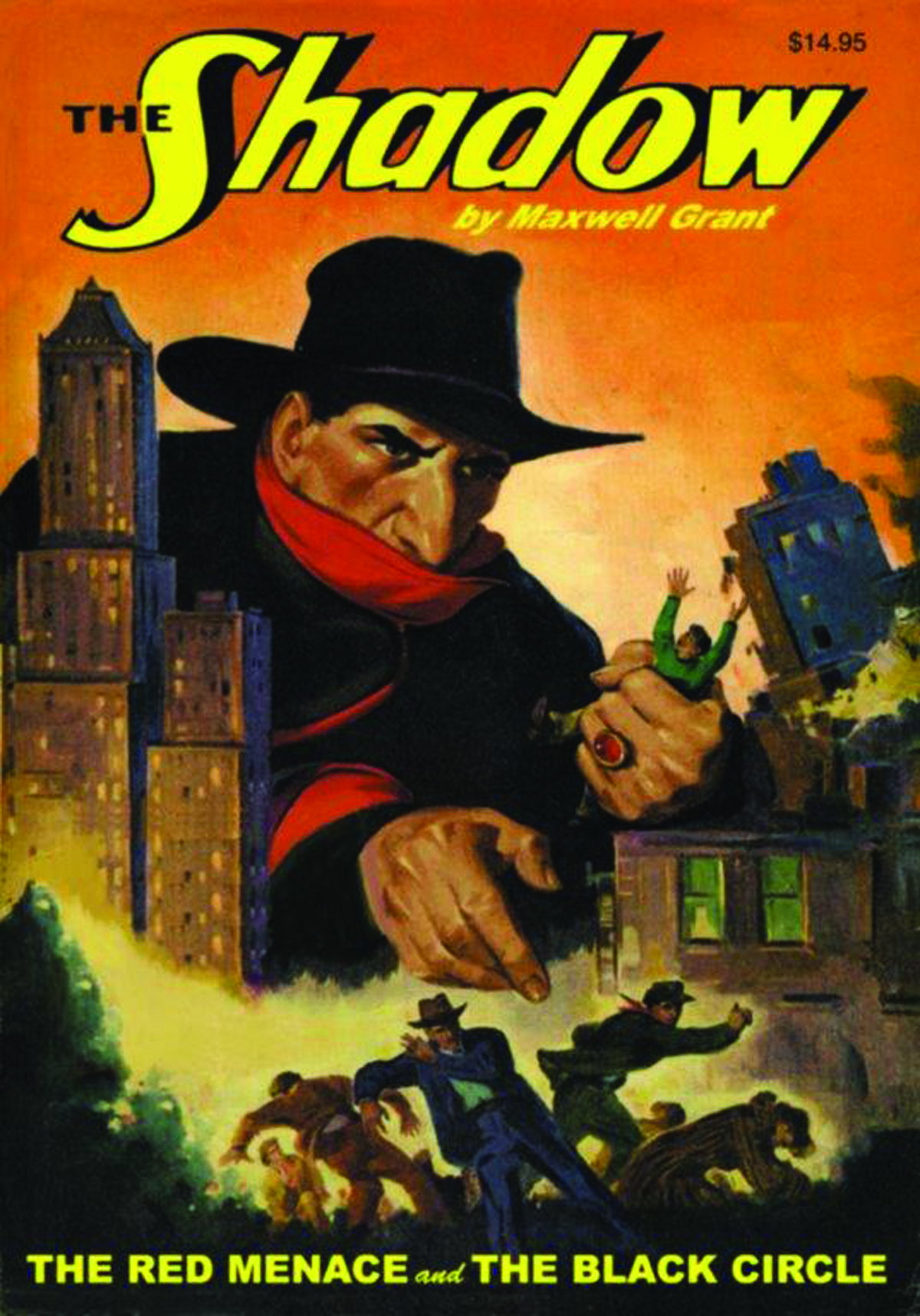 NOV141854
(W) Maxwell Grant, Walter B. Gibson, Will Murray (A) Paul Orban, Tom Lovell (CA) George Rozen, Jerome Rozen
The Shadow proves that "crime does not pay" in two rare mysteries by Walter B. Gibson from the first and final years of The Shadow Magazine. First, secrets from the Dark Avenger's wartime activities behind Russian lines are revisited as The Shadow confronts "The Red Menace" of a masked revolutionary whose political machinations threaten the Free World. Then, "The Black Circle" is the secret token behind society robberies directed by The Voice in the penultimate Shadow pulp novel!
In Shops: Jan 14, 2015
SRP: $14.95
View All Items In This Series
ORDER SUBSCRIBE WISH LIST