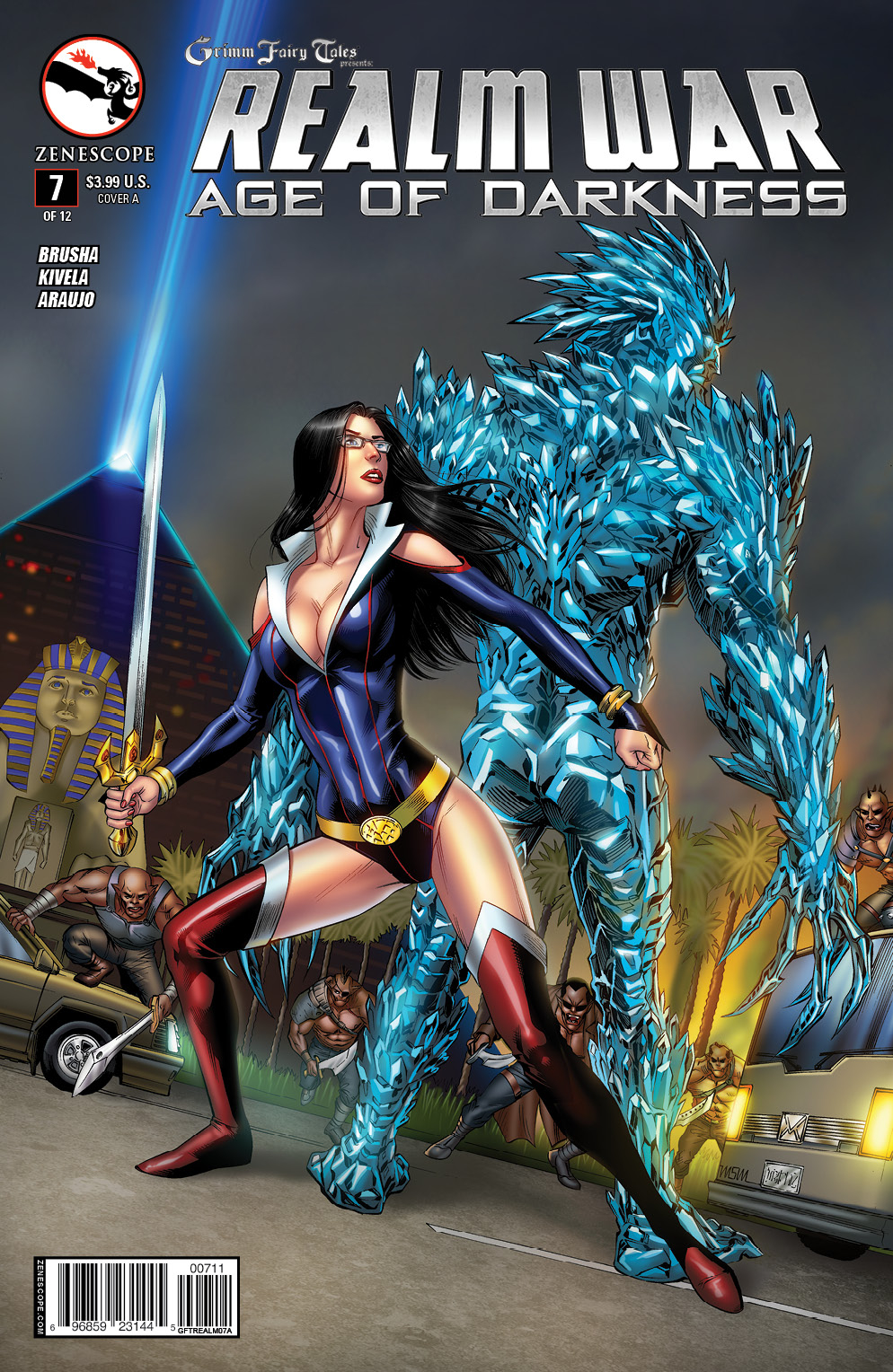 NOV141770
(W) Joe Brusha (A) Sami Kivela (CA) Mike S. Miller, Sanju Nivangune
The REALM WAR wages on! Myst has fallen, and with it the last human and highborn stronghold has been destroyed. The forces of good have been defeated and scattered and the Dark Queen has never been closer to her ultimate victory. Sela tries to gather what allies she can in a last ditch effort to attack the Queen in her home base. But her best chance of stopping the Queen's reign of terror may lie in an unexpected ally...one that comes from within the Dark Horde itself.
In Shops: Feb 11, 2015
SRP: $3.99
View All Items In This Series
ORDER WISH LIST