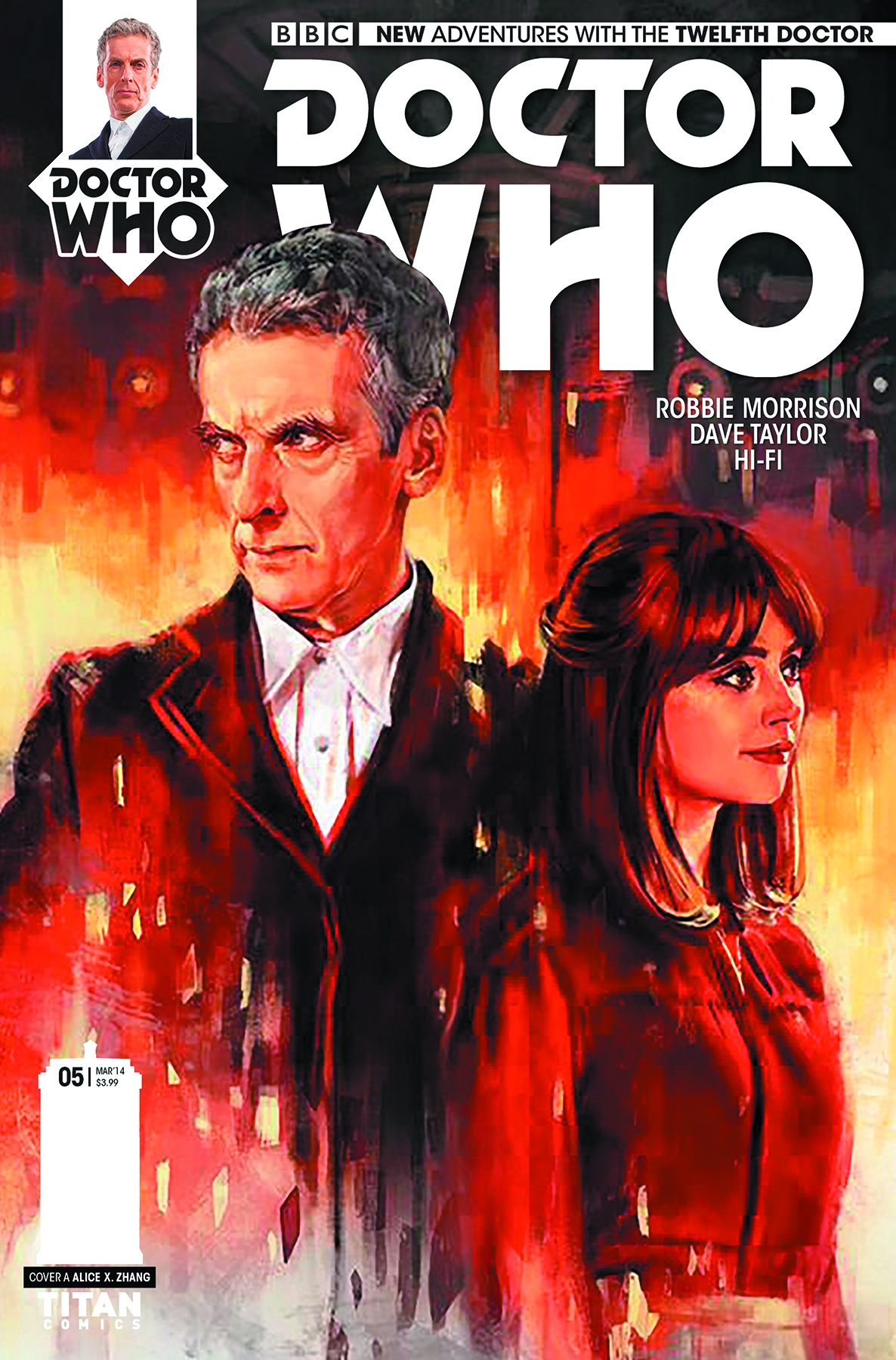 NOV141643
(W) Robbie Morrison (A) Dave Taylor (CA) Alice X Zhang
The Doctor and Clara and their allies are split between two time zones, as the clock counts down to the resurrection of the vengeful Kali! Will an ageless cult succeed where so many villains have failed? What chance does the Doctor have against a plan that has been in motion for thousands of years? Find out in the pulse-pounding finale of The Swords of Kali!
In Shops: Feb 25, 2015
SRP: $3.99
View All Items In This Series