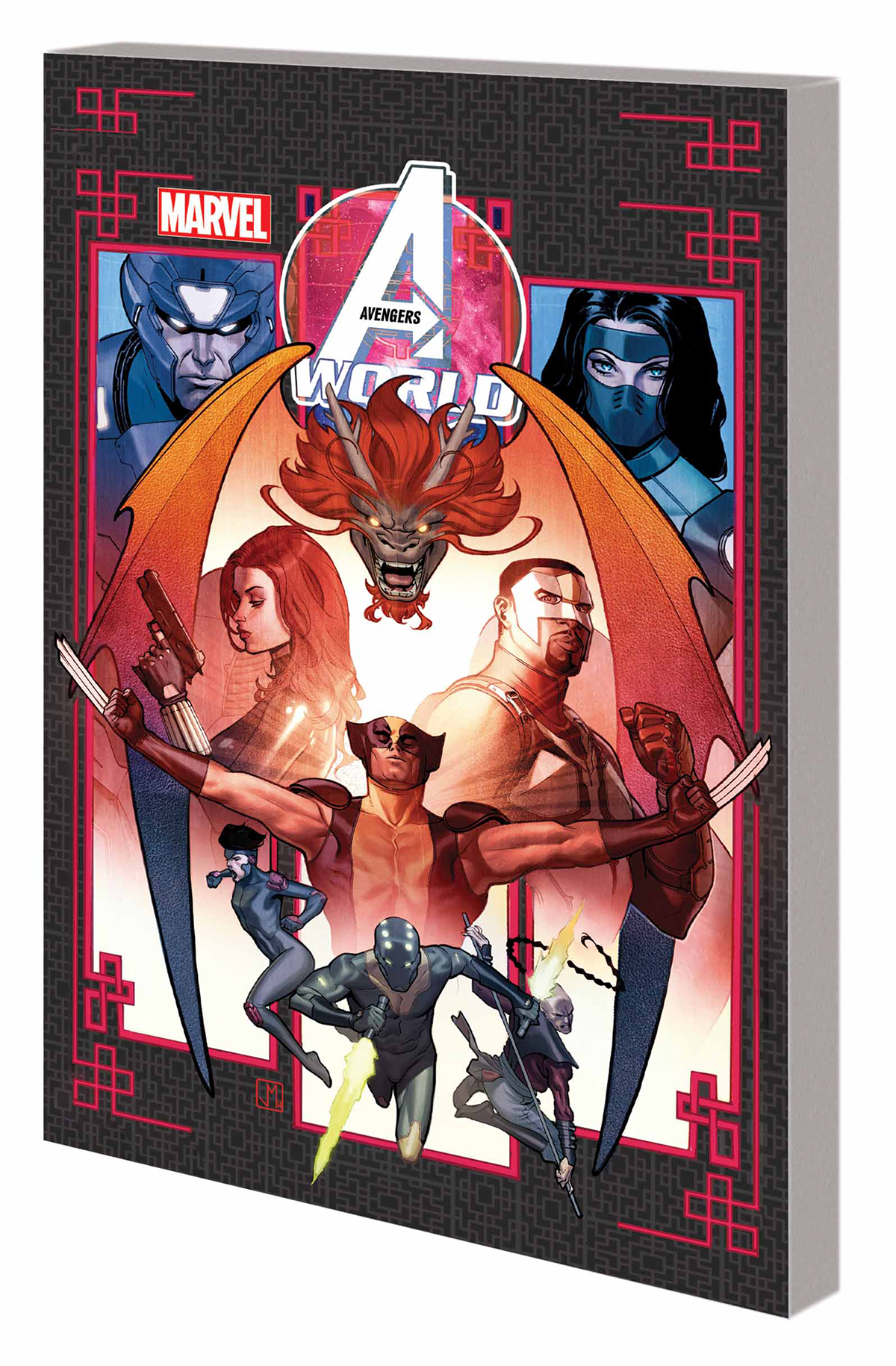 NOV140874
(W) Nick Spencer, Frank J. Barbiere (A) Marco Checchetto, Stefano Caselli, Raffaele Ienco (CA) Jorge Molina
The uprising begins and the Avengers' world erupts in flames! As the AIM Empire makes its stand, and the army of the dead rise under the command of Morgan Le Fay, the ragtag heroes of the new Euroforce side with the Avengers to confront the menace lurking under Europe. And as the Gorgon and the Dragon Temple of the Hand attack China, the Avengers and the Ascendant answer the call! Confronted by immense dangers on all sides, the Avengers face a world on fire - but if they can't win this three-front battle, can the Next Avengers succeed in their stead? Then, it's an AXIS tie-in like no other, as an unexpected new Avengers team is recruited by - Dr. Doom?! Will Doom's heroic gambit redeem him, or will the team wither under the Scarlet Witch's wrath? Collecting AVENGERS WORLD #10-16..
Rated T+
In Shops: Feb 11, 2015
SRP: $19.99
View All Items In This Series
ORDER WISH LIST