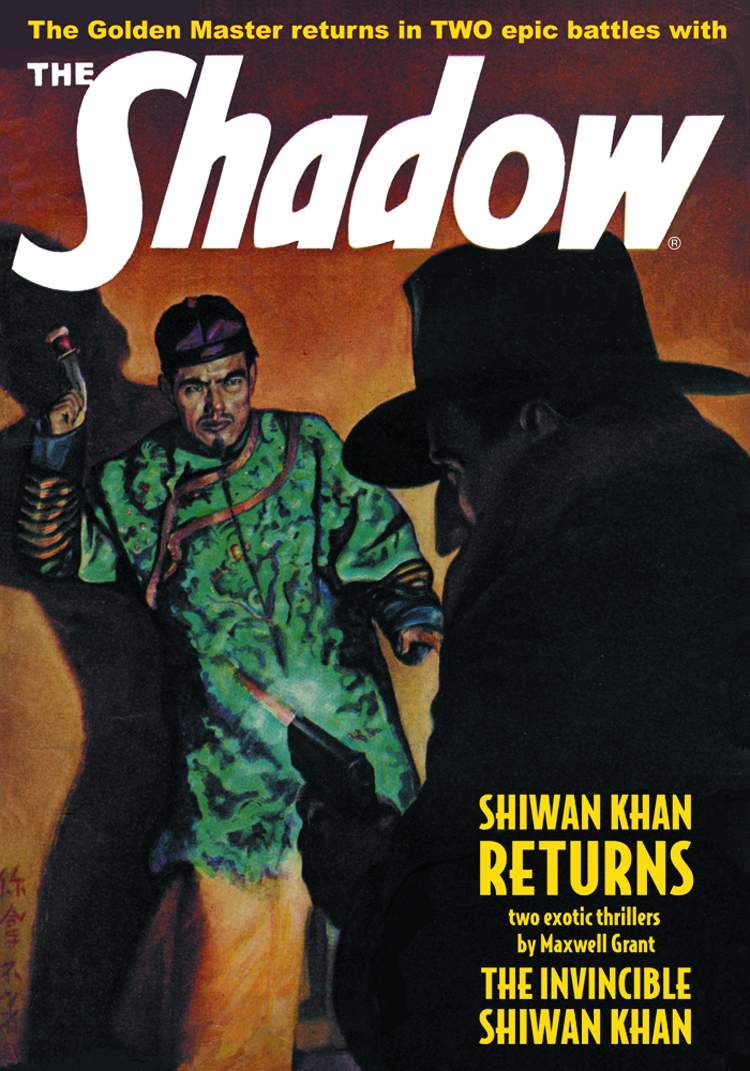 NOV131406
(W) Maxwell Grant, Walter B. Gibson, Will Murray, Anthony Tollin (A) Edd Cartier (CA) Graves Gladney
The Knight of Darkness confronts his greatest superfoe in the classic pulp novels that inspired the 1994 Shadow film starring Alec Baldwin! In "Shiwan Khan Returns," the last descendent of Genghis Khan comes back from the dead for a titanic rematch with The Shadow! Then, the Dark Avenger and the exotic Myra Reldon team up to battle the mesmeric menace of "The Invincible Shiwan Khan" in another of Walter Gibson's greatest pulp thrillers!
In Shops: Jan 22, 2014
SRP: $14.95
View All Items In This Series
ORDER SUBSCRIBE WISH LIST