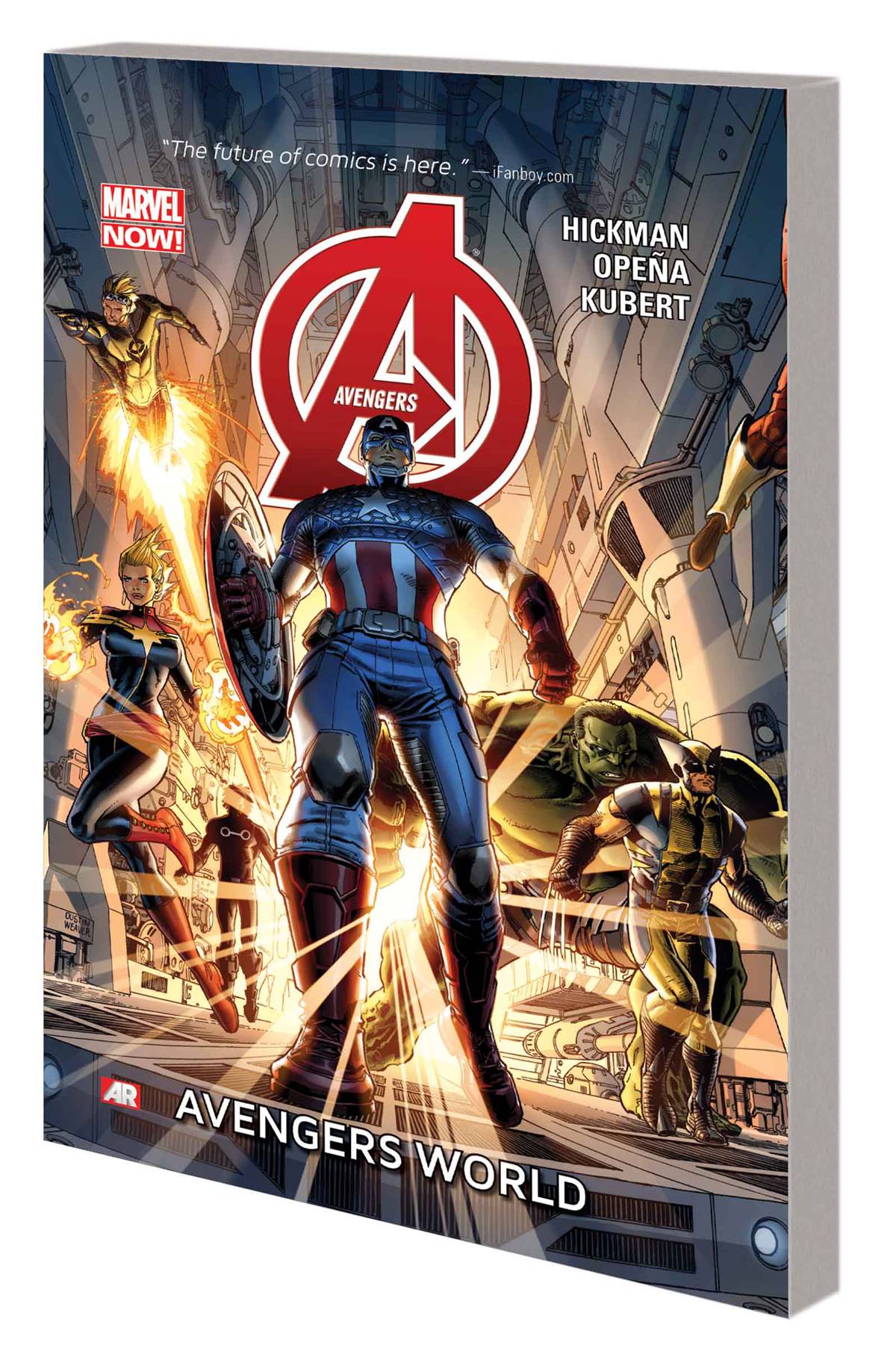 #
NOV130721
(W) Jonathan Hickman (A) Jerome Opena, Adam Kubert (CA) Dustin Weaver
The greatest heroes in comics, together as one unbeatable team! The Avengers "go large," expanding their roster and sphere of influence to a global and even interplanetary level. When Captain America puts out his call, who will respond? The answers will surprise you! The Avengers' first mission takes them to Mars, but the secrets of the Garden lead right back to Earth's Savage Land! And when the Shi'ar Imperial Guard are broken on a dead moon, the Avengers travel across the galaxy to battle an invading force. It all leads up to the secret origin of the universe itself, as Captain Universe races to decipher the code hidden in the Avengers' recent adventures! Jonathan Hickman takes Earth's Mightiest Heroes to the next level with big threats, big ideas and big idealism. These are the Avengers NOW! Collecting AVENGERS (2012) #1-6.
In Shops: Feb 12, 2014
SRP: $19.99
View All Items In This Series
ORDER WISH LIST