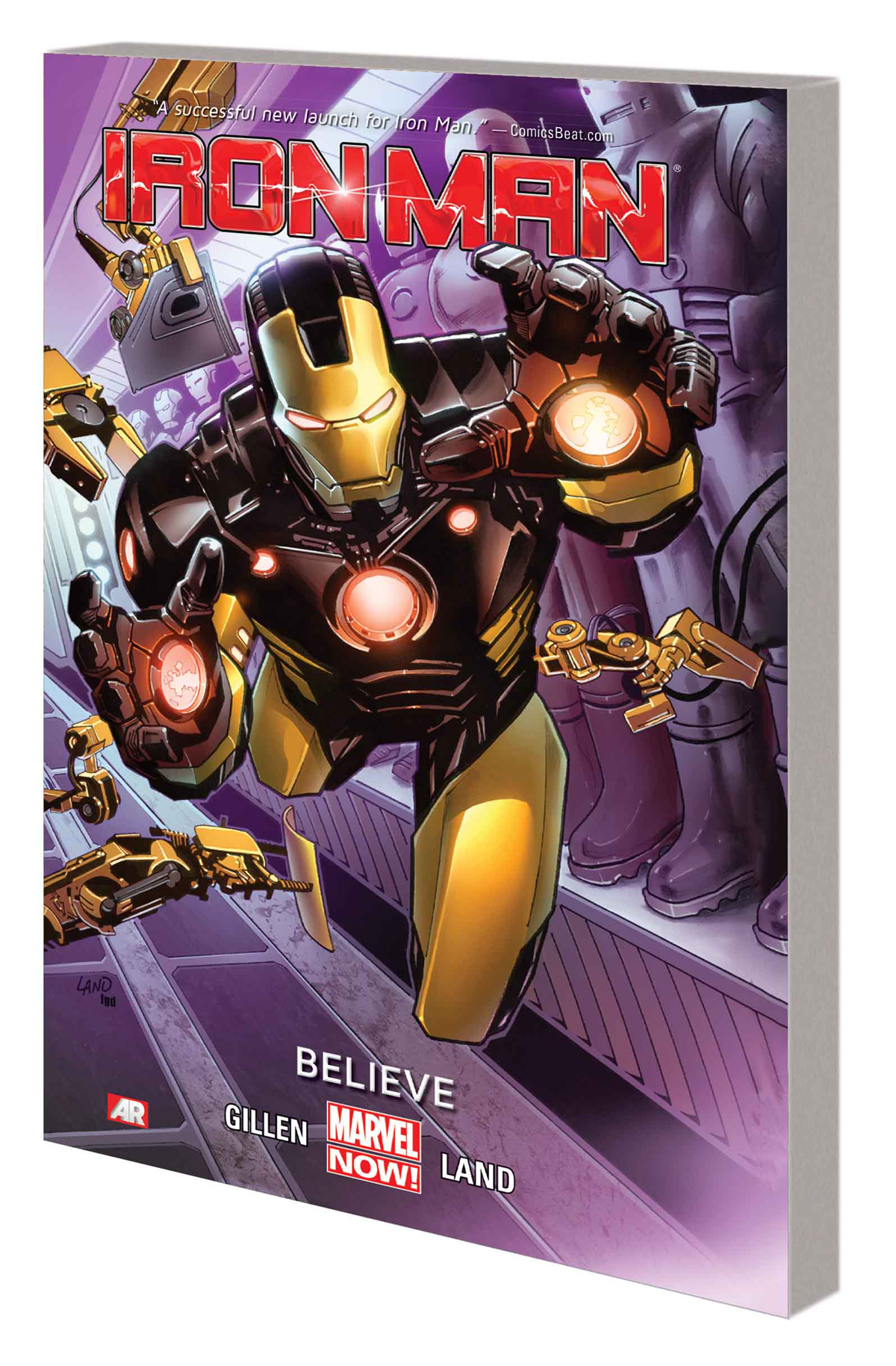 NOV130718
(W) Kieron Gillen (A/CA) Greg Land
Tony Stark is Iron Man - technological visionary, wealthy playboy, unparalleled engineer and armored Avenger. But now, his armor's most powerful upgrade has become a lethal danger: the techno-virus Extremis is loose! Tony's hunt for the rogue Extremis Units takes him to New Camelot, where he clashes with the Circle mech-knights and dogfights the Russian Black Exoskeleton Academy; to Colombia, where he battles old foes Vibro, Firebrand and the Living Laser; and to Paris' ancient catacombs, where absolute horror awaits - and Tony may have to betray an old friend! Introducing Iron Man's stealth armor, heavy-duty battle-suit and space armor as Tony creates new suits to tackle new challenges! If he wants to save the world from his own deadly nano-virus, Iron Man must act fast - and Tony Stark must build faster! Collecting IRON MAN (2012) #1-5.
In Shops: Feb 12, 2014
SRP: $19.99
View All Items In This Series
ORDER WISH LIST