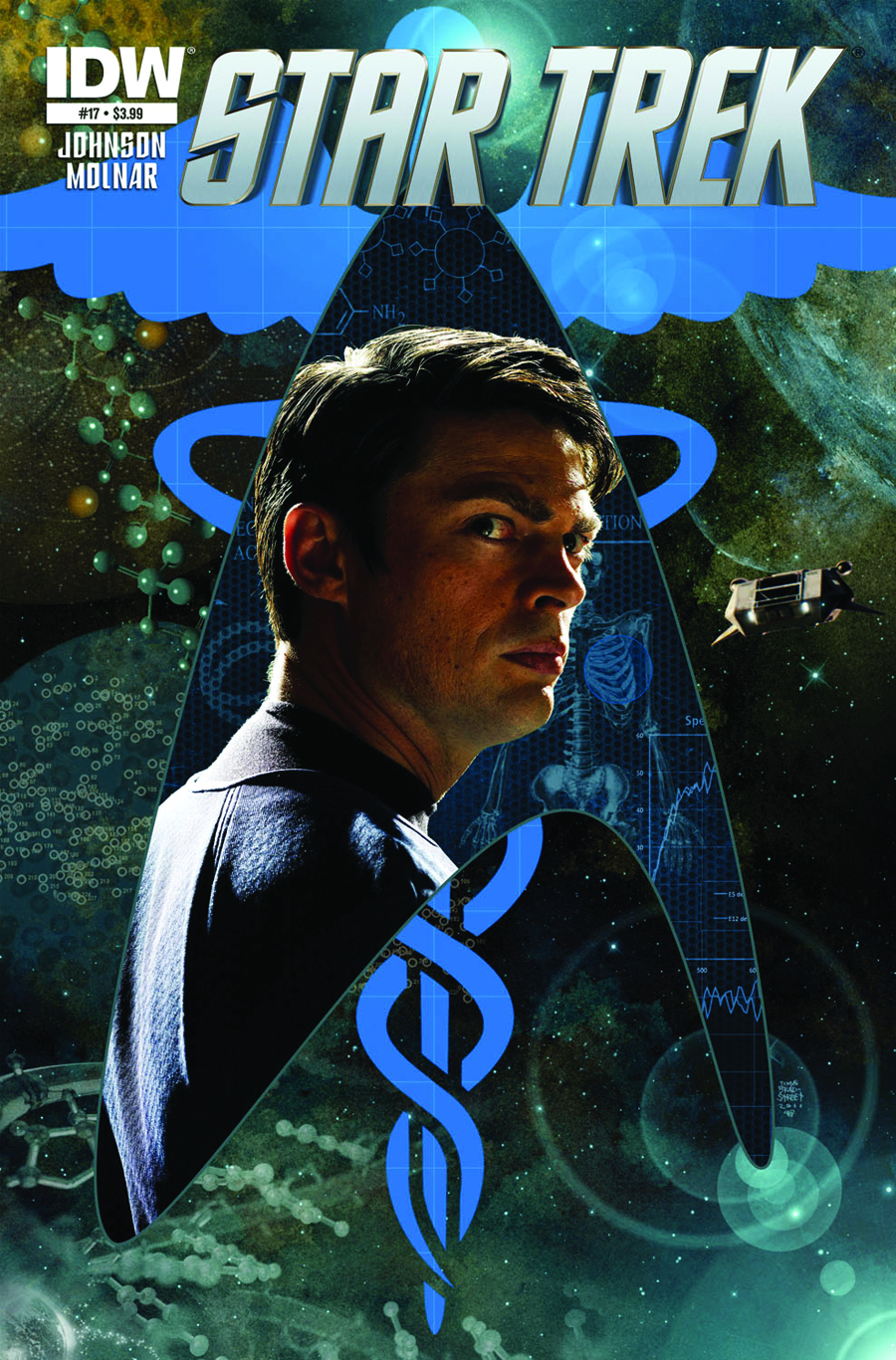 NOV120337
(W) Mike Johnson (A) Claudia Balboni, Erica Durante (CA) Tim Bradstreet
As the release of the next STAR TREK film gets closer, the ongoing series focuses on the never-been-seen origins of the Enterprise crew in the new movie timeline! First up is Doctor Leonard "Bones" McCoy: find out how the cantankerous miracle worker found himself on a shuttle to Starfleet Academy with James T. Kirk! With a story overseen by STAR TREK writer/producer Roberto Orci, this all-new tale sets the stage for the upcoming film!
In Shops: Feb 06, 2013
SRP: $3.99
View All Items In This Series
ORDER WISH LIST