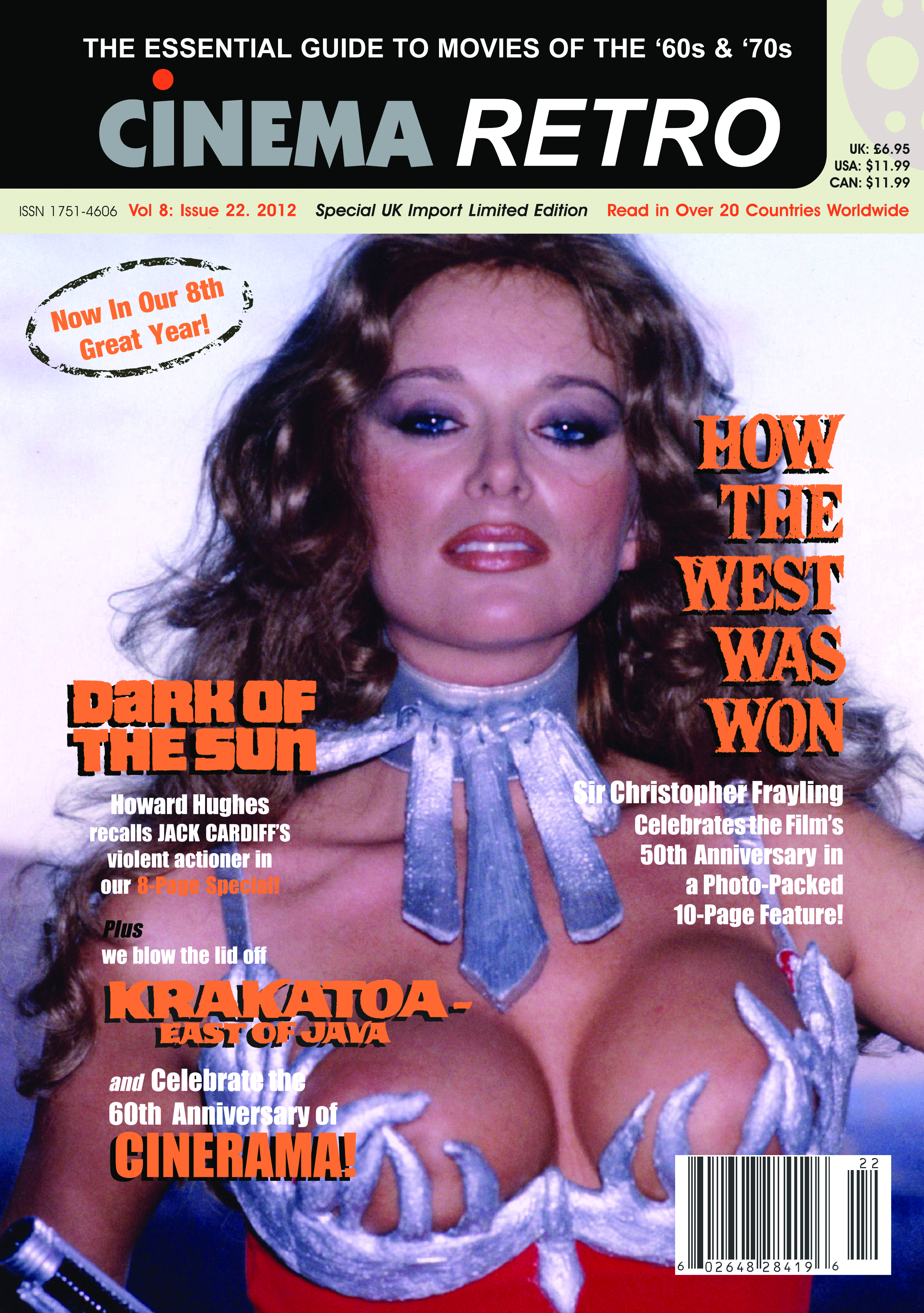 NOV111234
Cinema Retro begins 2012 - and their 8th year in print! - with a photo-packed issue to beat them all! To celebrate the 60th Anniversary of Cinerama, Cinema Retro presents a 10-page special on the history of the giant curved screen process that includes a look at The Wonderful World of the Brothers Grimm, London's Cinerama cinemas, and the travelling exhibit known as Itinerama. Sergio Leone biographer, and film historian Sir Christopher Frayling takes an in-depth look at the sprawling spectacular How The West Was Won, and we blow the lid off Cinerama's 70mm spectacular Krakatoa, East of Java. All are lavishly illustrated with rare stills, poster art, booking flyers and behind-the-scenes candids! Plus: An 11-page feature loaded with photos of the Rod Taylor/Jim Brown actioner The Mercenaries, directed by Jack Cardiff; Gareth Owen remembers the filming of The Great Gatsby at England's Pinewood Studios; and Adrian Smith reviews the sexually themed films The Deep End and The Pleasure Girls. All of this, plus reports on The Man From U.N.C.L.E. movies released on DVD, Raymond Benson's Films of 1981, and even coverage of the original Tintin movie, make this one of our best issues ever!