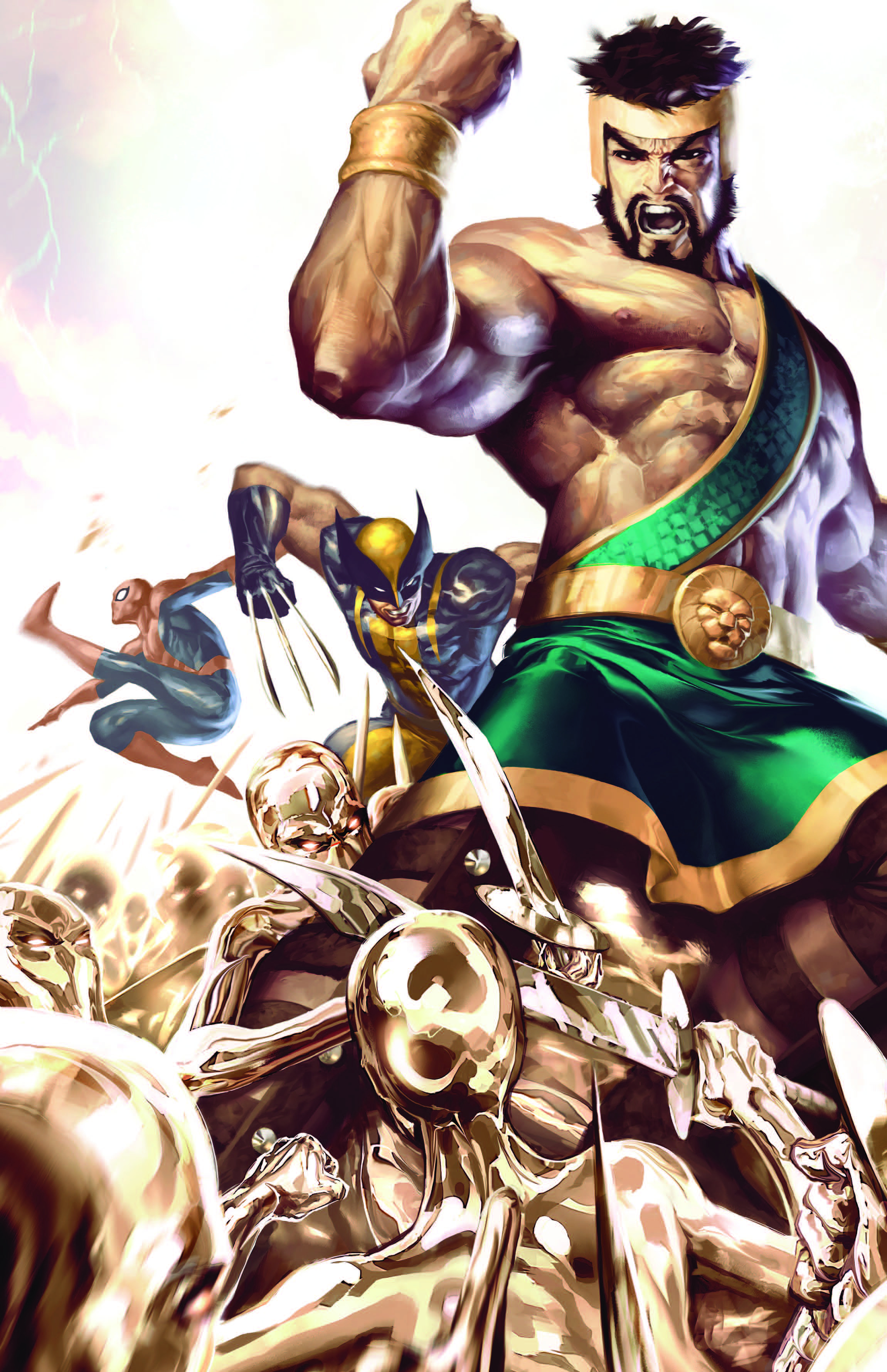 NOV090473
(W) Greg Pak, Jeff Parker (A) Rodney Buchemi, Gabriel Hardman (CA) Alex Garner
Written by GREG PAK, FRED VAN LENTE & JEFF PARKER
Penciled by RODNEY BUCHEMI & GABRIEL HARDMAN
Cover by ALEX GARNER
"ASSAULT ON NEW OLYMPUS," Part 3 (of 4)
Of all the giants, gods and monsters Hercules and his team of New and Mighty Avengers have faced in their battle through New Olympus, none may be as formidable as HEPHAESTUS, creator of the immortals' fearsome war engines! With what fearsome device will he try to ensnare and destroy the Hercules/Amadeus Cho team, which has reformed at last -- only to meet their doom? Find out as the New York Times Best-Selling creative team lead Herc on his biggest adventure yet! Plus: as the Agents of Atlas push into the stronghold of the Olympus group, Aphrodite decides to take matters into her own hands in Godmarked Part 3!
40 PGS./Rated T+ ...$3.99