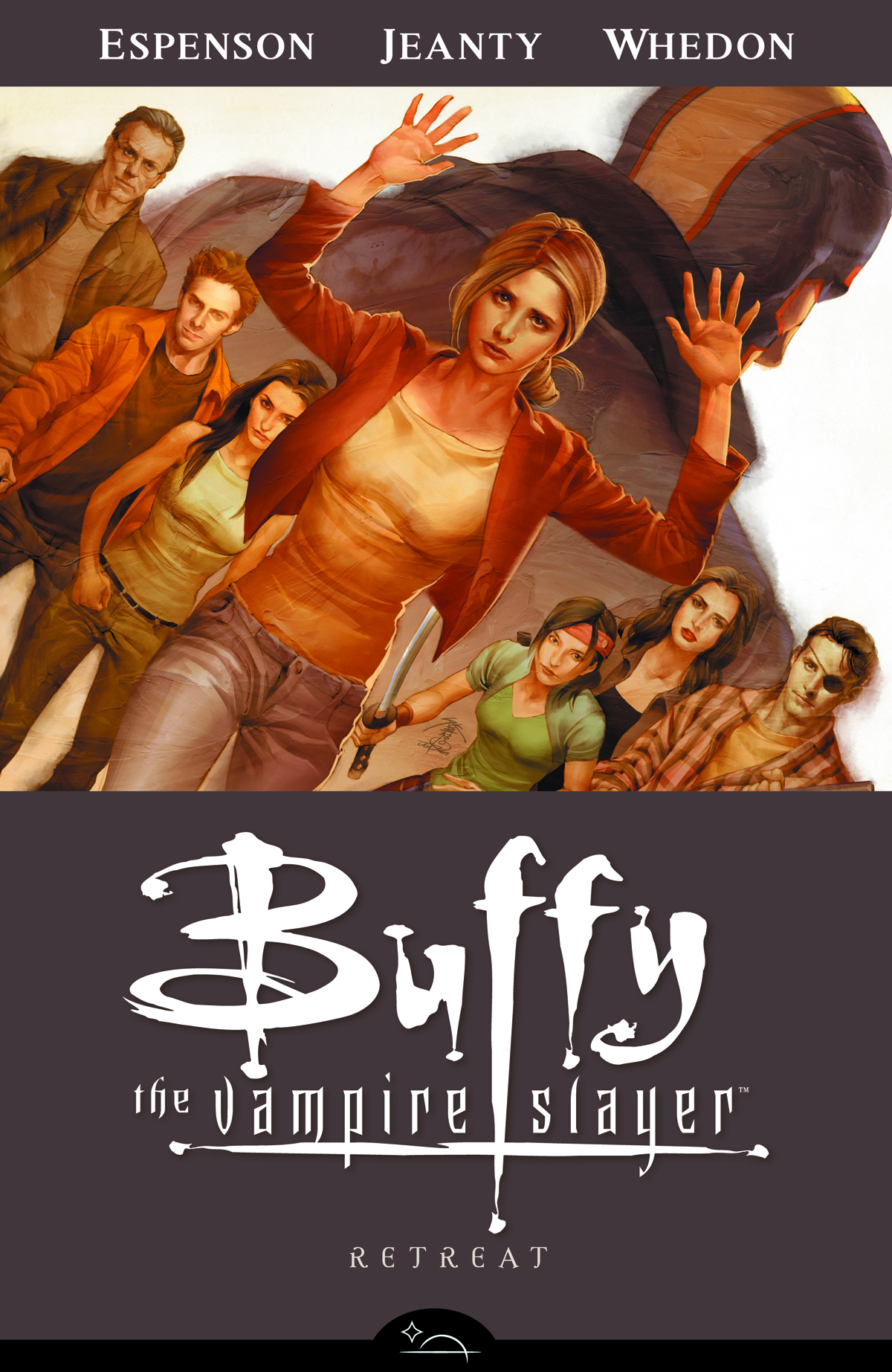 NOV090048
(W) Jane Espenson, Joss Whedon (A) Georges Jeanty, Karl Moline (A/CA) Jo Chen
Buffy Season Eight Volume 6 showcases the first retreat of the Slayer legion. Vampires have solid footing at the top of the totem and Slayers have been crushed to the bottom-in short, no one likes Buffy anymore . . . least of all this season's mysterious Big Bad, Twilight, who is hot on her magical trail!

Now that it's the world against Slayers, Buffy must find a way to return the status quo to . . . status quo-and keep her girls alive long enough to do it! Enter Oz, the only person/werewolf Buffy knows who is down with the suppression of magic, and can take the Slayer army off of Twilight's magic-specific radar.

With Oz's assistance, the Slayers and Wiccans try to become "normal" through meditation and hard labor-although, not everyone sees the advantage of being magicless, namely, Willow, Giles, and Andrew. And they could be right. After all, is a peaceful life for a Slayer even possible?

o The first three volumes of Buffy the Vampire Slayer Season Eight have combined to sell over 220,000 copies!