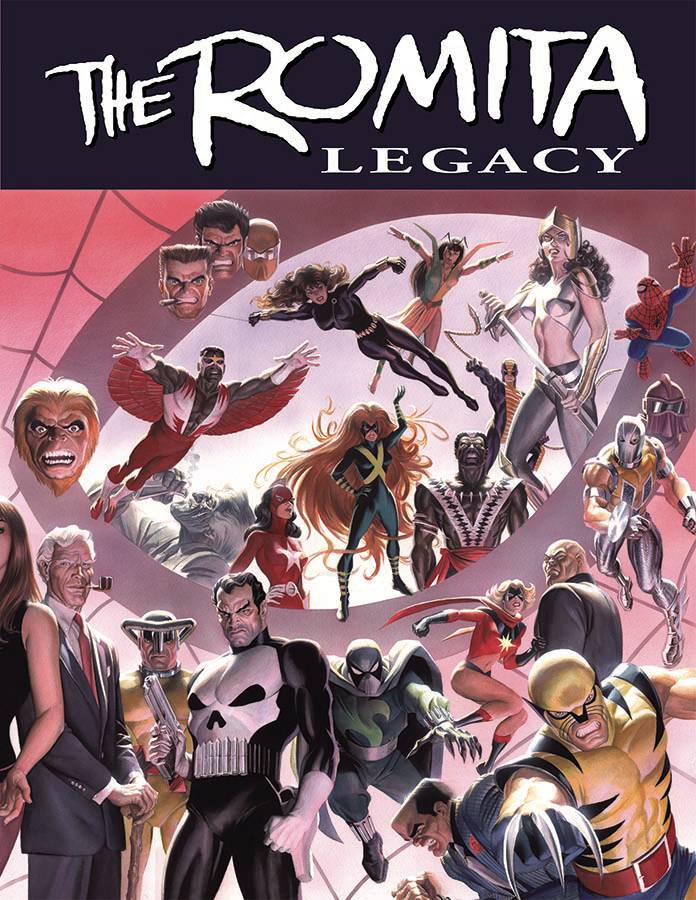 #
NOV084046
(A/CA) John Romita Jr., John Romita Sr.
Featuring a limited edition wrap-around cover by father and son! John Romita Sr. and John Romita Jr. are two of the most influential artists in the history of comic books, as well as being father and son. In the late 1960's, John Romita was brought on by Stan Lee to replace original Amazing Spider-Man artist, Steve Ditko, who had left the series. With Lee at the writing helm, Romita continued working on The Amazing Spider-Man, beginning a collaboration that would come to define the look and essence of Spider-Man. A decade later, John Romita Jr. would start his climb towards the top of the business. For most sons, following in the footsteps of a famous father would be quite a challenge, but Romita Jr. thrived and became an equally powerful force as a comic book artist! Written by Tom Spurgeon, one of North America's best-known experts on the comic strip and comic book art forms, The Romita Legacy is the definitive book on the father and son artists, lavishly illustrated with classic and unseen art and with biographies and in-depth interviews. With an introduction by Alex Ross, this book is perfect for every comic book fan young and old!
In Shops: May 05, 2010
SRP: $29.99
ORDER WISH LIST