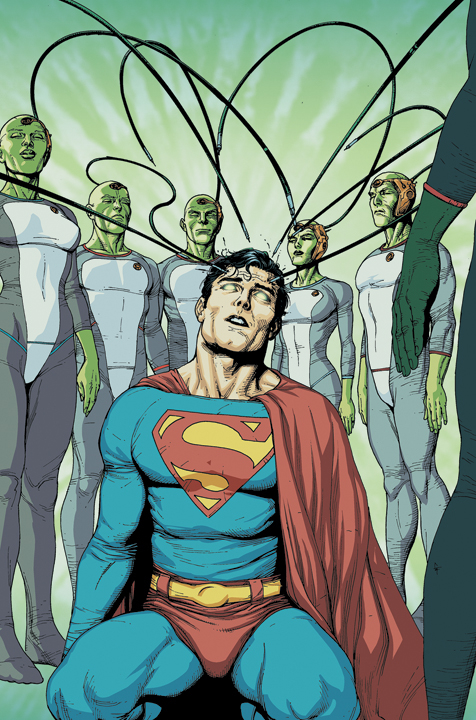 NOV070194
(W) Geoff Johns (A/CA) Gary Frank
Written by Geoff Johns
Art by Gary Frank & Jonathan Sibal
Cover by Frank
Variant cover by Mike Grell
"Superman and the Legion of Super-Heroes," Part 4! Superman's mission to reunite the Legion of Super-Heroes in the 31st century continues on the one planet more dangerous than Earth:  the cold, knowledge-obsessed world of Colu! But what fate has befallen Brainiac 5? And what are the horrible secrets behind Earth's "new" super-heroes - the Justice League?
Retailers please note: This issue will feature two covers that may be ordered separately. For every 10 copies of the Standard Edition (featuring a cover by Gary Frank), retailers may order one Variant Edition (featuring a cover by Mike Grell). See the Previews Order Form for more information.
On sale January 30