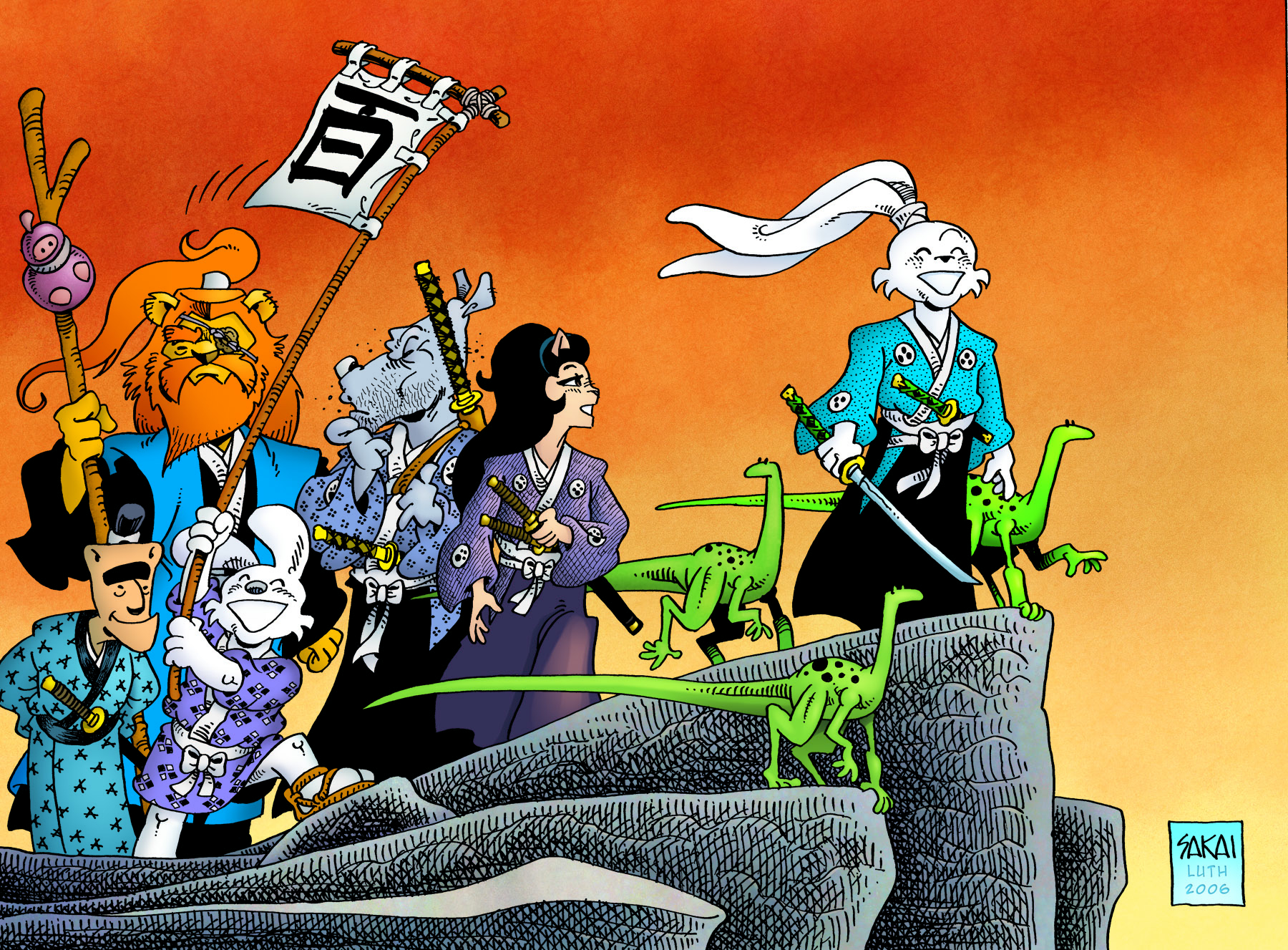 Featuring eight extra story pages for a total of thirty-two, Usagi Yojimbo #100 is structured as a good-natured roast of both Usagi and Stan, kicking off with an opening by publisher Mike Richardson and artist Rick Geary before launching into unforgettable contributions from Frank Miller, Jeff Smith, Sergio Aragon s, Guy Davis, Mark Evanier, Scott Shaw, Jamie S. Rich, and Andi Watson-not to mention Stan Sakai himself!

This extra-special issue is the ultimate introduction to the world of the rabbit ronin and his inimitable creator, a perfect entry point for anyone who ever wondered why the adventures of this long-eared hero have been among the most acclaimed all-ages comics for over two decades!