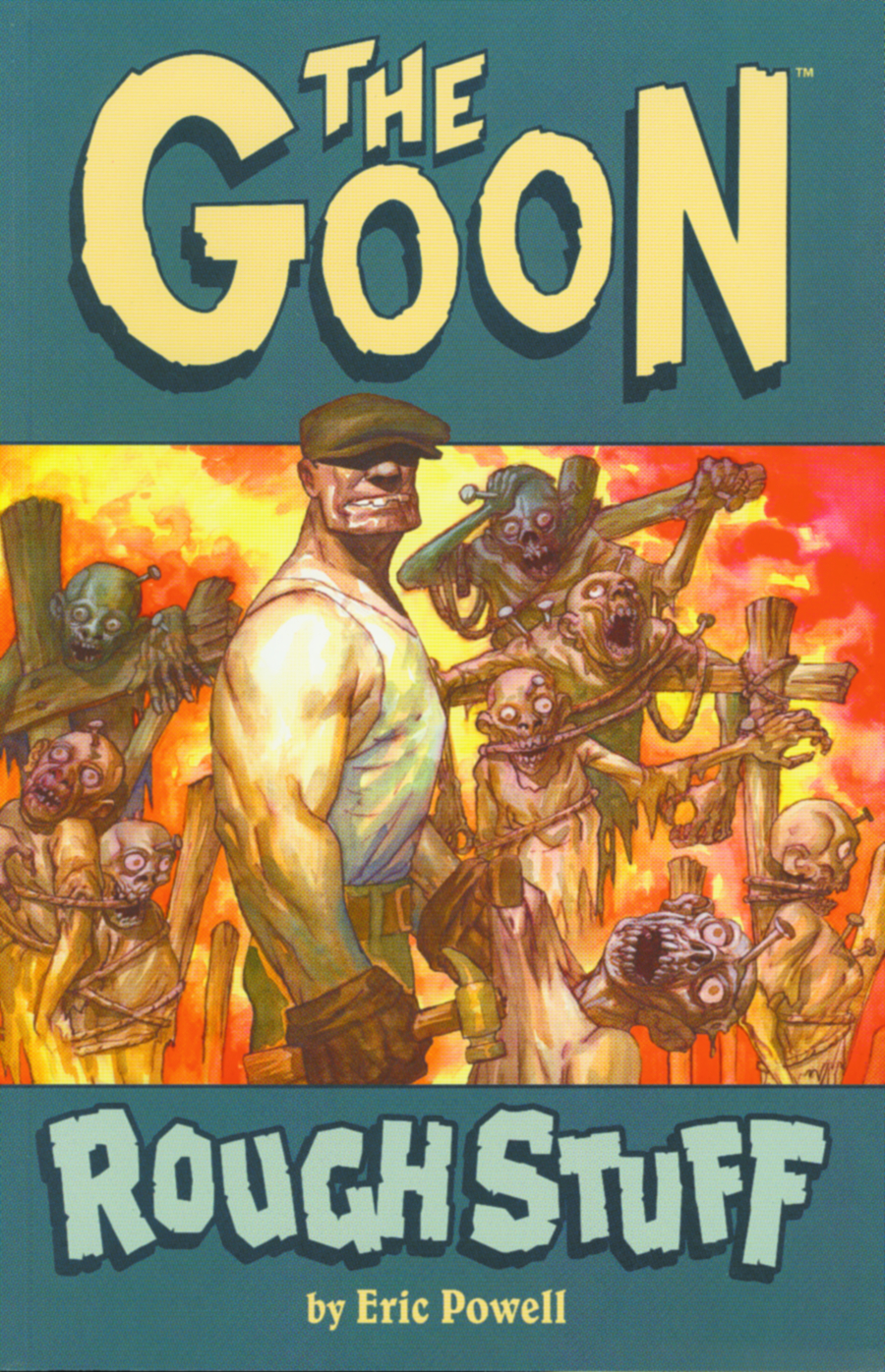 NOV030024
(W) Eric Powell (A) Dave Stewart (A/CA) Eric Powell
by ERIC POWELL
Dark Horse Comics brings you the origin of Eric Powell's The Goon, the earliest stories published for the very first time in color! The Zombie Priest has just set up shop on Lonely Street and intends to build an undead army, and the Goon's the only man who can stop him. His early battles with the undead are mixed with stories of the Goon's youth, as we meet his circus-freak clan and learn how he came to be the head of a notorious crime family. Also included in this volume is a look at the creation of the Goon and his world with a special "Evolution of The Goon" sketchbook section.