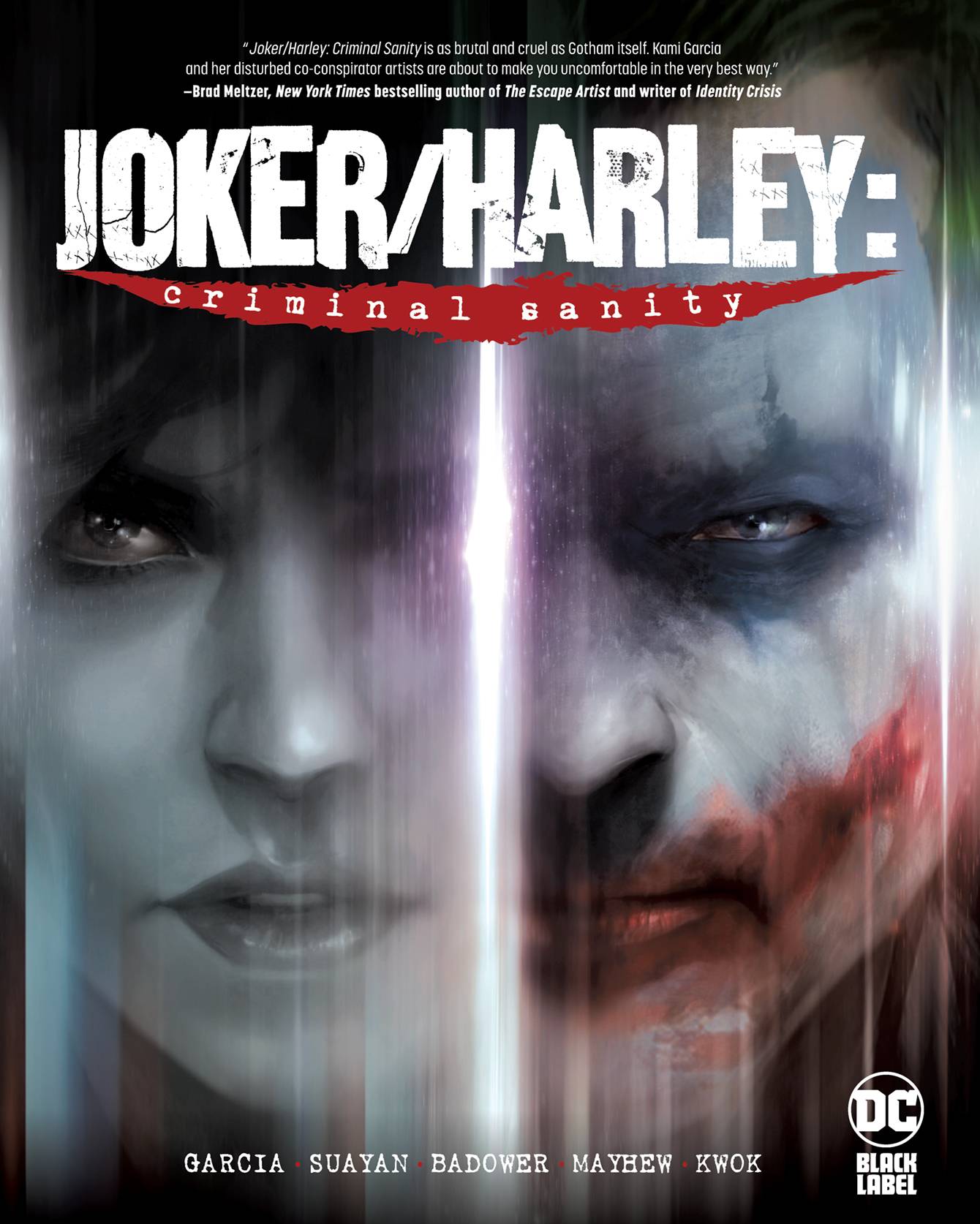 #
MAY223397
In Gotham City, heinous acts of violence occur daily. Harley Quinn, forensic psychiatrist, consults with the GCPD on its worst cases. But one unsolved murder still haunts her-her roommate was the last victim of the notorious serial killer known as The Joker. Five years later, that case remains unsolved, and as Harley's past and present cases collide, she must decide how far she is willing to go. Joker/Harley: Criminal Sanity introduces readers to a Joker and Harley Quinn unlike any they've seen before, utilizing forensic psychiatry, behavior analysis, and psychological profiles to create a true-to-life take on these iconic characters that is more terrifying than any psychotic fantasy. This collection includes issues #1-8, Joker/Harley: Criminal Sanity - Secret Files #1, and an all-new story from the Harley Quinn 30th Anniversary Special!
In Shops: Aug 09, 2022
SRP: $24.99
ORDER WISH LIST