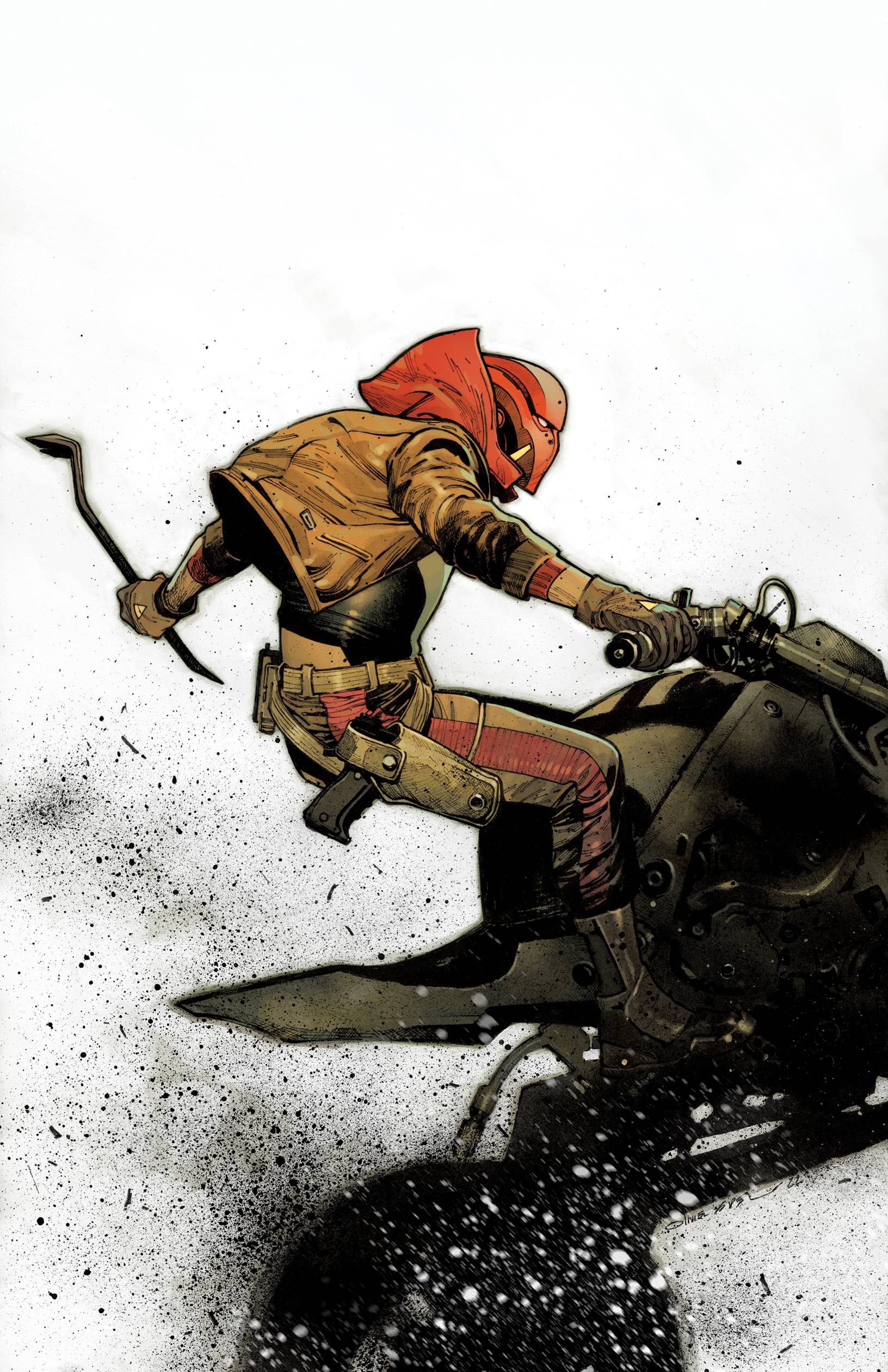 #
MAY223280
(W) Sean Murphy, Clay McCormack (A) Simone Di Meo
The world of Batman: White Knight continues to expand in this exciting new miniseries! With things heating up in Neo-Gotham, Jason Todd revisits his post-Robin past to find the one ally he believes will help him turn the tide in the battle against Derek Powers. Bruce Wayne is Batman. Four words that saved Jason's life and destroyed his future forever. Banished by his mentor and damaged by The Joker, the former Robin is left to become something different, something stronger, a relentless force for justice in the city...Red Hood! With nobody to answer to, he walks the dangerous line between hero and villain. That is until he meets Gan, a local girl from East Backport who needs his help to save her neighborhood from a super-criminal terrorizing its citizens. And she's willing to fight alongside him, whatever it takes!
In Shops: Aug 02, 2022
SRP: $4.99
View All Items In This Series
ORDER SUBSCRIBE WISH LIST