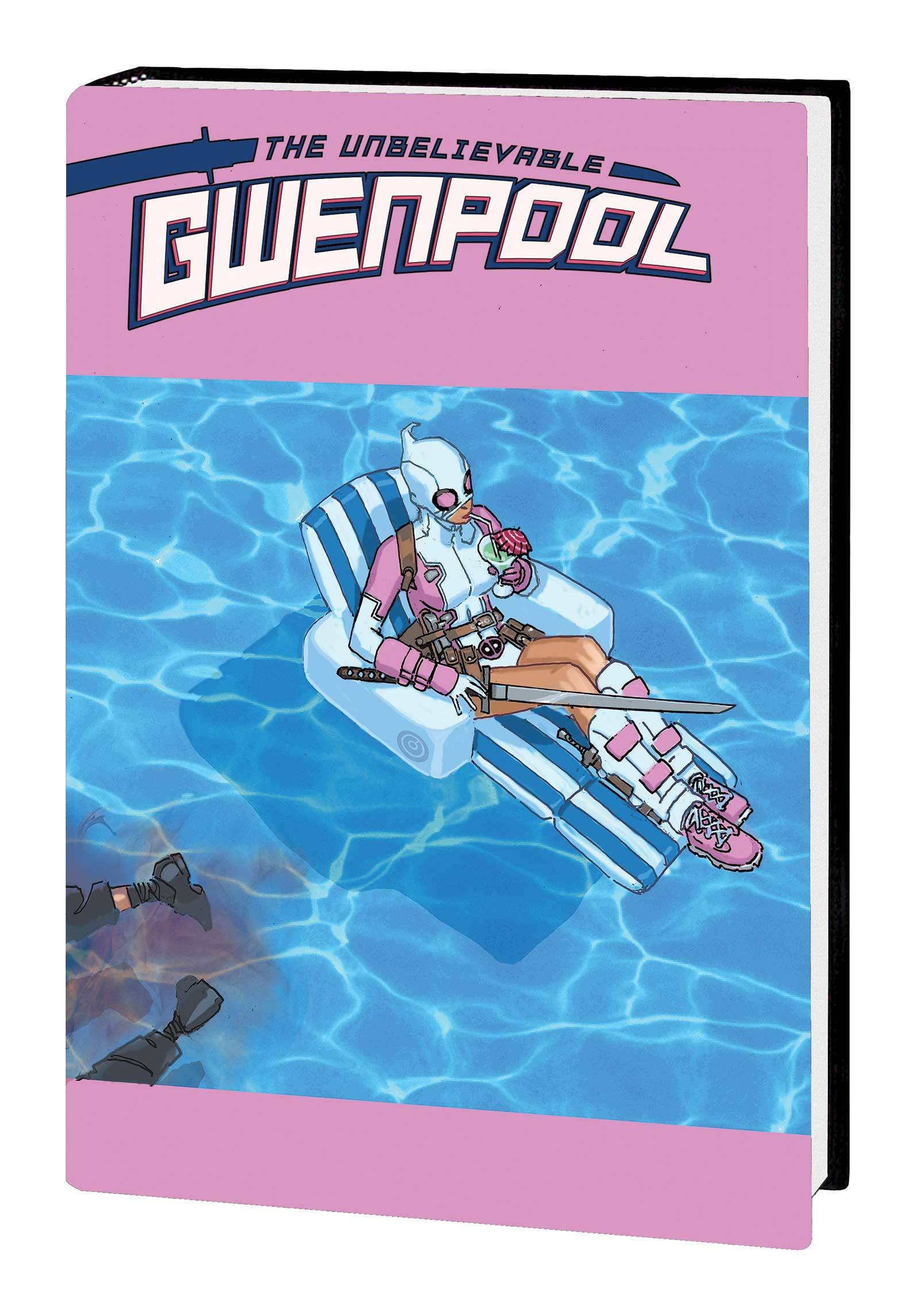 #
MAY221016
(W) Christopher Hastings, Various (A) Danilo Beyruth, Various (CA) Chris Bachalo
Superfan becomes super hero! Gwen Poole was an avid comic book reader - until she found herself transported into the Marvel Universe! Now, surrounded by characters that she knows everything about - including their secret identities! - and fully aware of the tropes of super hero storytelling, Gwen is determined not to be an "extra" in this brave new world. But her attention-seeking journey from mercenary to Avenger (okay, West Coast, but still...) is complicated when she learns how to manipulate the comic books she herself appears in! As her continuity dramas get ever more convoluted, will Gwen go big...or go home? Collecting UNBELIEVABLE GWENPOOL #1-25, ROCKET RACCOON AND GROOT #8-10, CHAMPIONS (2016) #5, EDGE OF VENOMVERSE #2, WEST COAST AVENGERS (2018) #1-10, SUPERIOR SPIDER-MAN (2018) #7-8 and GWENPOOL STRIKES BACK #1-5 - plus material from HOWARD THE DUCK (2015B) #1-3, GWENPOOL SPECIAL #1, GWENPOOL HOLIDAY SPECIAL: MERRY MIX-UP and SECRET EMPIRE: BRAVE NEW WORLD #1.
Rated T+
In Shops: Dec 21, 2022
SRP: $125.00
ORDER WISH LIST