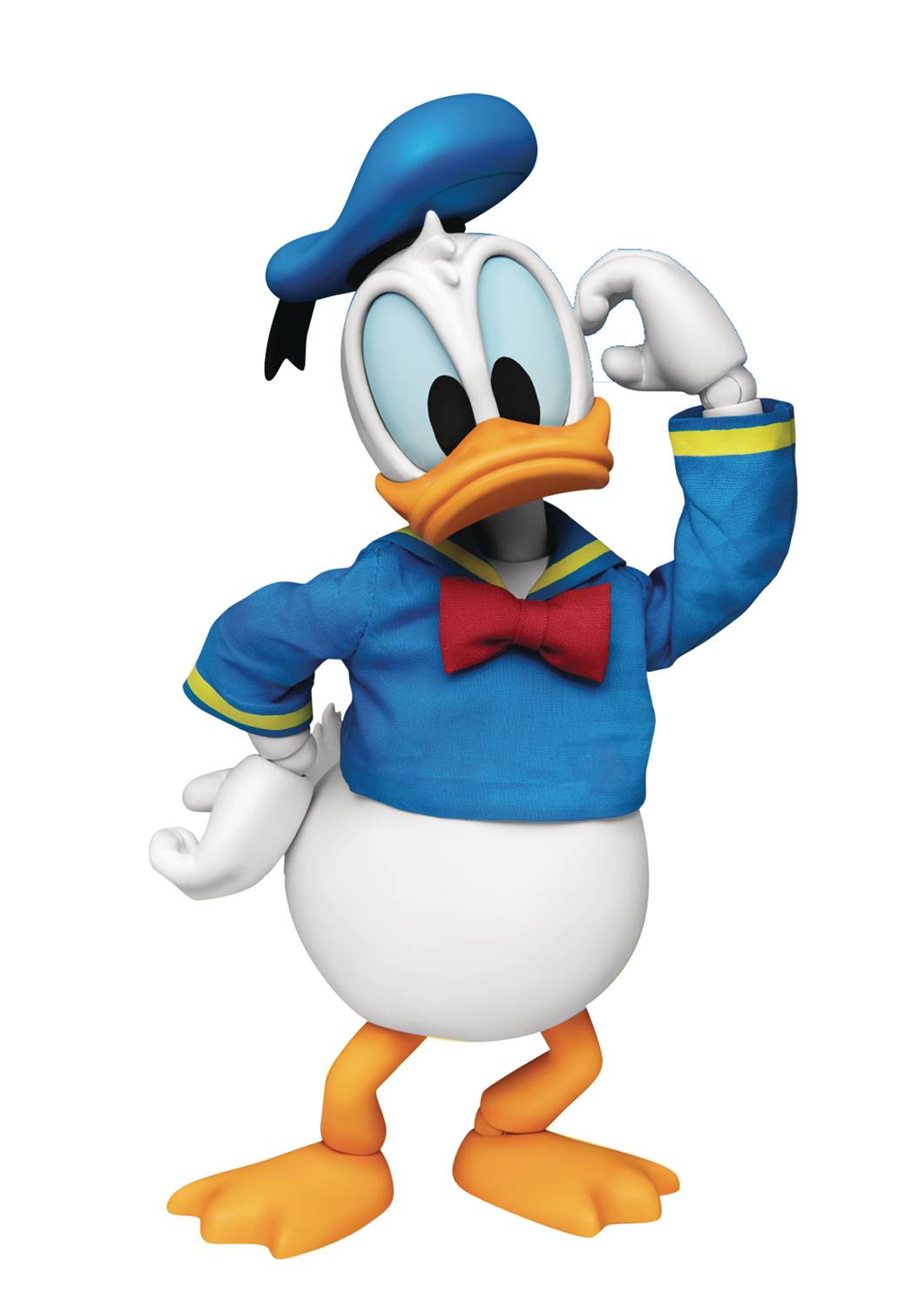 # # # # # # # # #
MAY218235
From Beast Kingdom. A staple of Disney's famous line-up, Donald Duck has been in some of the most cherished stories in television, print and cinematic history! Beast Kingdom is  proud to introduce the DAH-042-Classic Donald Duck action figure from the Dynamic 8ction Heroes line! Get ready for a highly articulated figure with detailed design and a real fabric costume. Accurate design and paint work showcase Donald's snow-white body and orange beak, and he includes a replaceable head, beaks and hands all allowing for the ultimate in customization! Want to show off an angry Donald, or maybe a happy duck clasping his hands with joy? The sky is the limit with the DAH-042 figure!