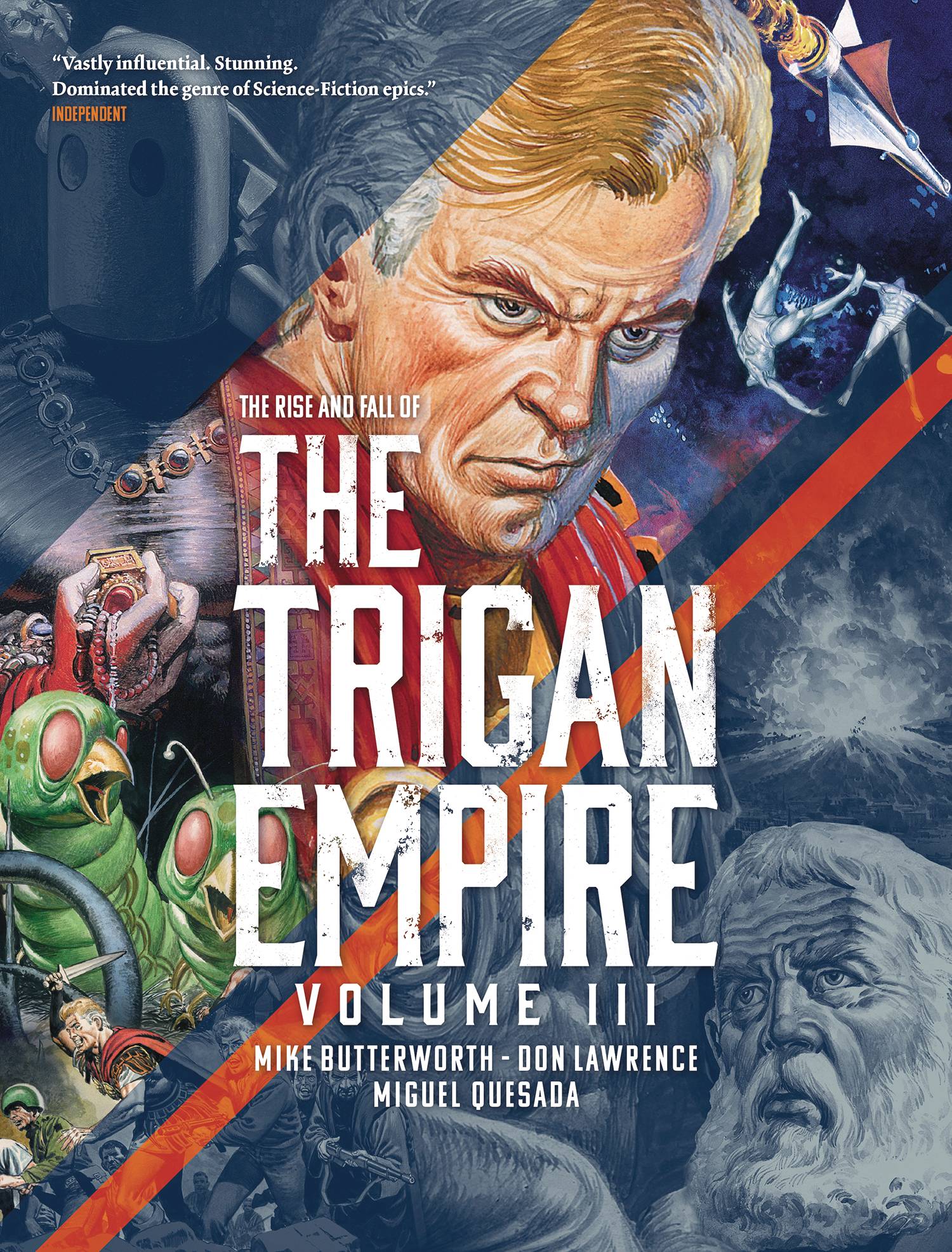 #
MAY211663
(W) Michael Butterworth (A) Don Lawrence
This is the epic story of the Trigan Empire's rise and fall, and of how Trigo, often alone, had to fend off usurpers and monstrous threats to save his people. The lush painted comic art that Don Lawrence produced in this period would solidify him as one of the greatest comic book artists of all time. Collected within are all the Trigan Empire stories published in chronological order including the never before reprinted short stories not illustrated by Don Lawrence, to give you the complete saga of the Trigan Empire.
In Shops: Jan 12, 2022
SRP: $24.99
View All Items In This Series
ORDER SUBSCRIBE WISH LIST