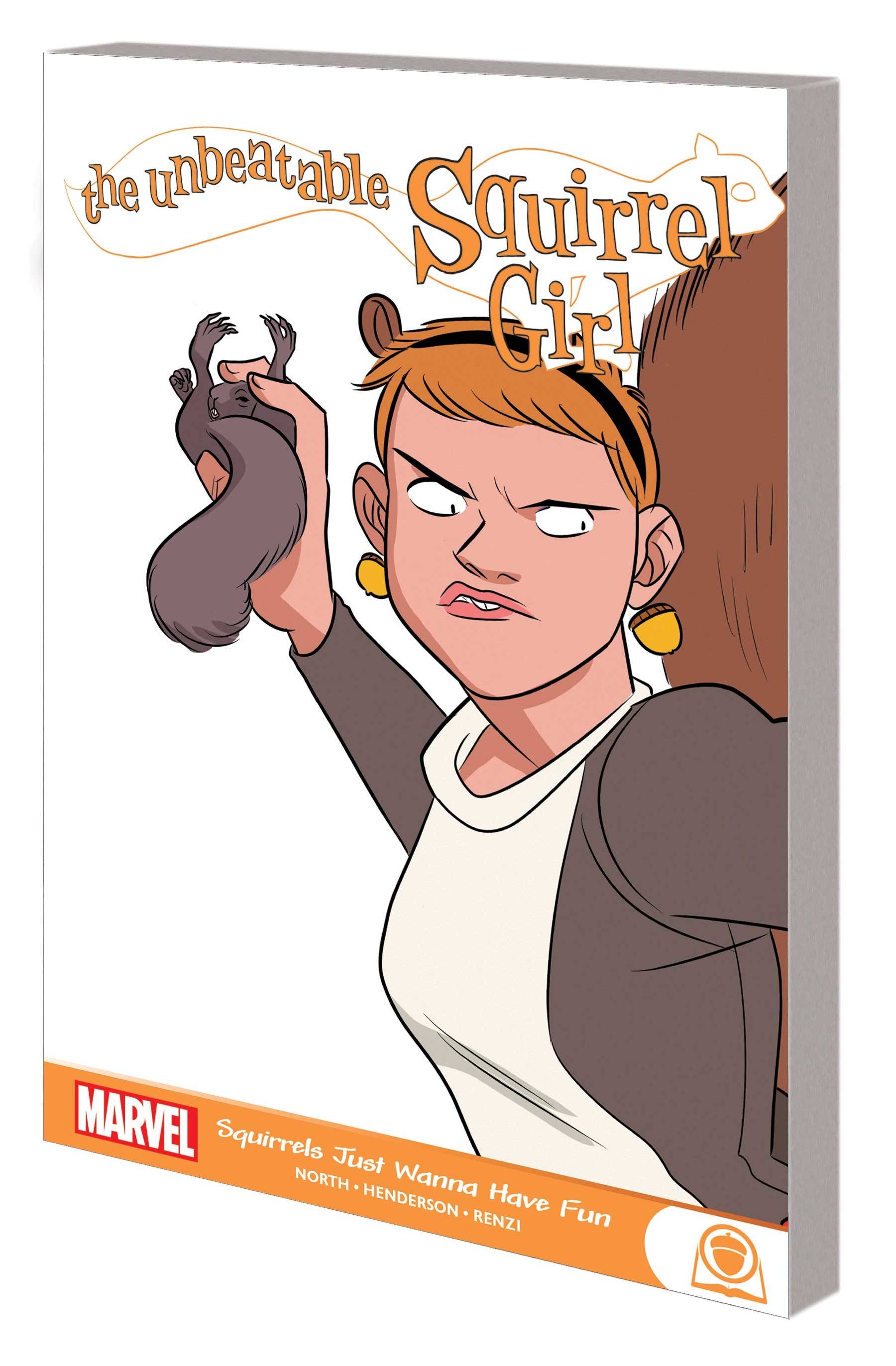 #
MAY210729
(W) Ryan North, Will Murray (A) Zac Gorman (A/CA) Erica Henderson
Squirrel Girl takes Nancy to visit her mom in Canada! What could possibly go wrong? How about the return of a villain not seen for more than a decade? One that prompts the inter-species team-up you've been waiting for: squirrels and ants! And also Squirrel Girl and Ant-Man. Then, when Taskmaster strikes, who will stand between him and total domination? You probably guessed Doreen Green - but it's actually Nancy's cat, Mew! Squirrel Girl's co-creator Will Murray returns for a special story - and he's bringing the Hulk! And Doreen gets a new Flying Squirrel suit from a mystery benefactor, but is there more to this gift than meets the eye? Plus: When Squirrel Girl goes to the Negative Zone, it's up to Koi Boi, Chipmunk Hunk and Brain Drain to keep the city safe. Uh-oh! Collecting UNBEATABLE SQUIRREL GIRL (2015B) #12-22.
Ages 10 & Up
In Shops: Aug 25, 2021
SRP: $12.99
ORDER WISH LIST