STAR WARS HIGH REPUBLIC TP VOL 01 THERE IS NO FEAR 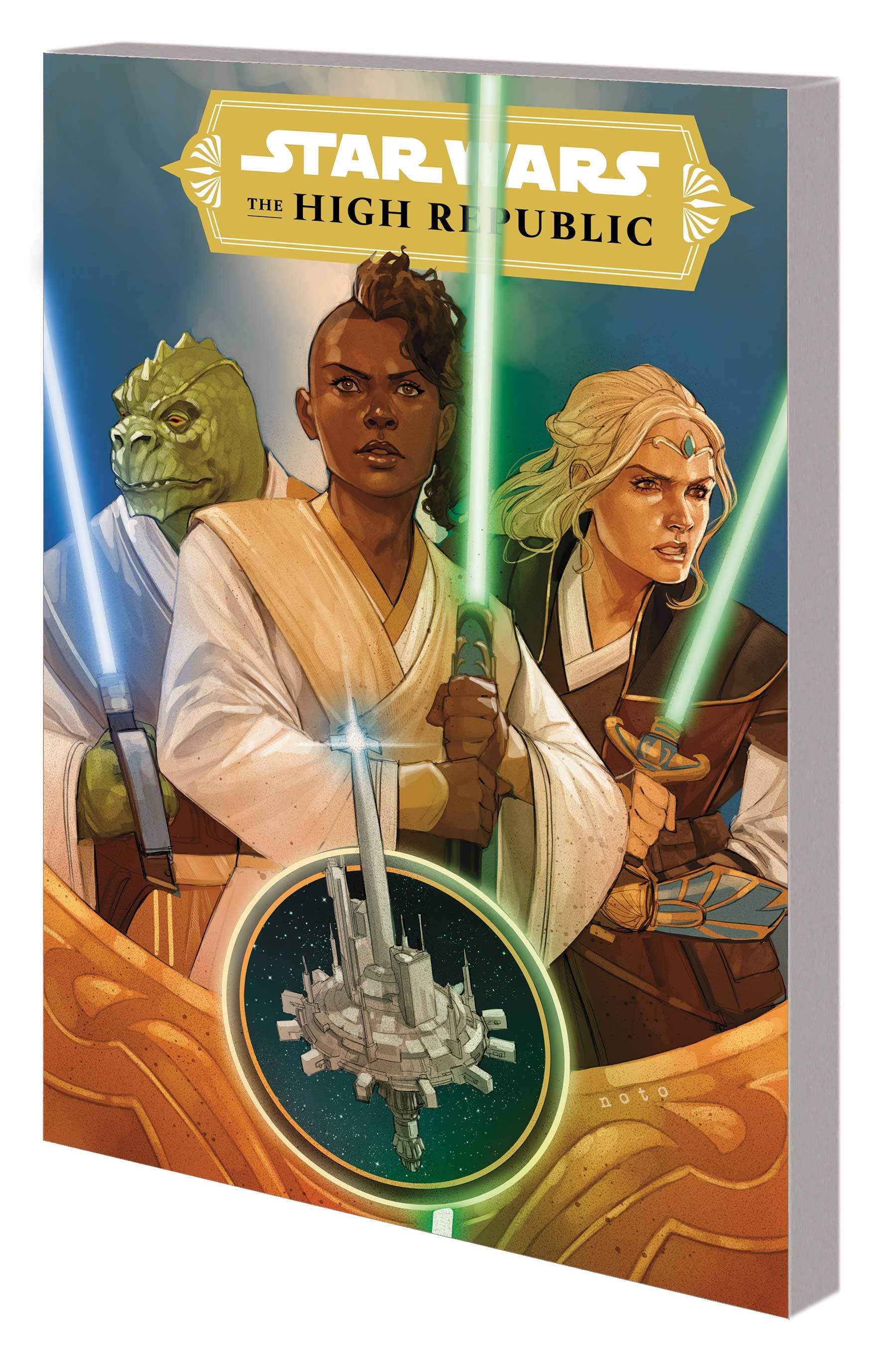 #
MAY210707
(W) Cavan Scott (A) Ario Anindito (CA) Phil Noto
A new era of Star Wars storytelling begins! Journey back to the High Republic - the golden age of the Jedi! Centuries before the Empire and the Skywalker saga, the Jedi are at their height, protecting the galaxy as Republic pioneers push out into new territories. But as the frontier prepares for the dedication of the majestic Starlight Beacon, the Padawan named Keeve Trennis faces the ultimate choice: Will she complete her Jedi trials, or rescue the innocent from disaster? And can she trust her closest ally? Hutts, Rancors, Gamorreans and far less familiar faces await in a tale of belonging and betrayal set in a rich and vast world of new Jedi! Prepare to experience new worlds! New ships! And new evils to fight - including the terrifying Nihil and a creeping alien horror! Collecting STAR WARS: THE HIGH REPUBLIC #1-5.
Rated T
In Shops: Aug 25, 2021
SRP: $15.99
View All Items In This Series
ORDER SUBSCRIBE WISH LIST