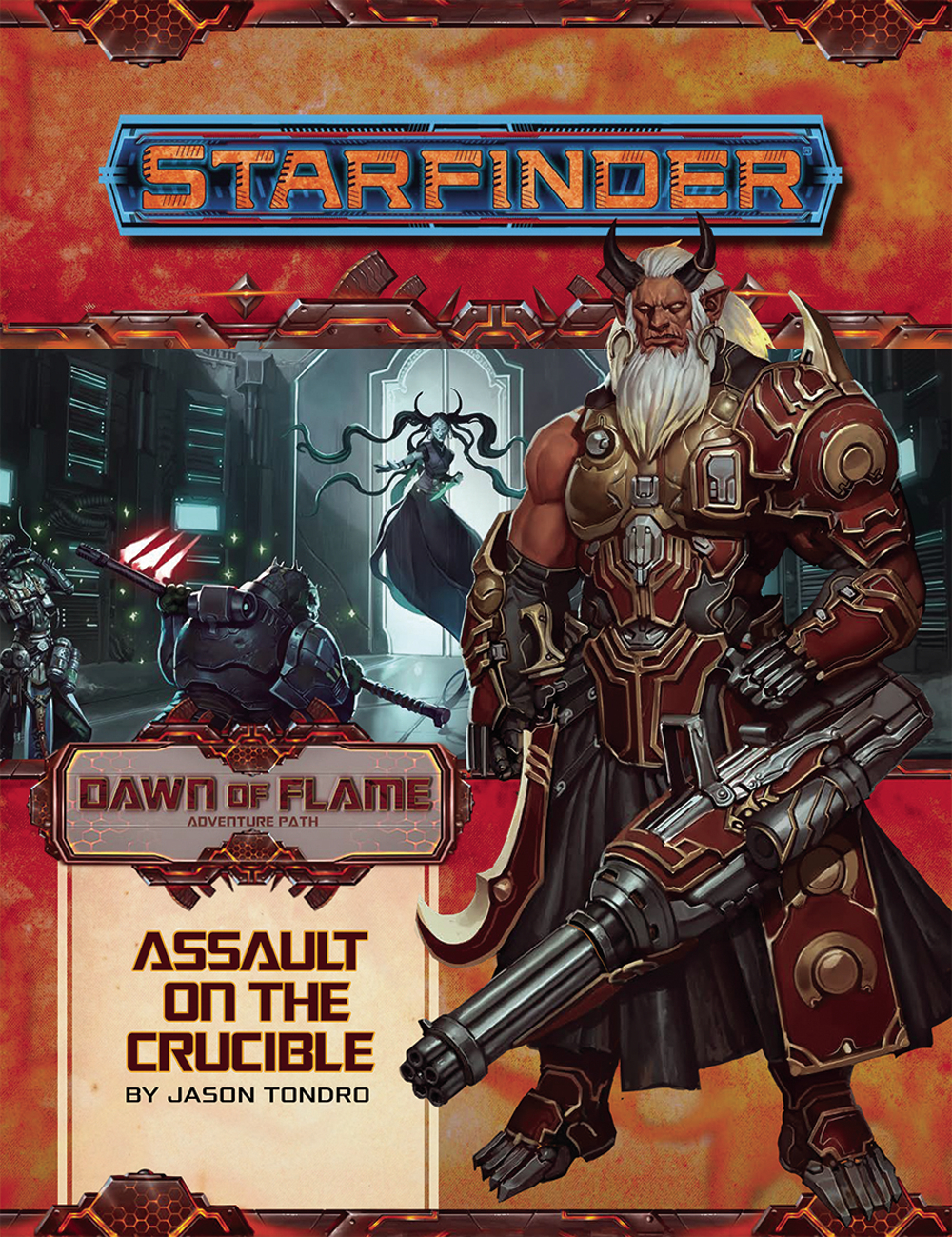 MAY193240
(W) Jason Tondro
While the heroes finish the liberation of an alien bubble-city in the sun, efreet launch an assault on the Burning Archipelago from within the star. The heroes have advantages of position, knowledge, and surprise, giving them a unique opportunity. With the aid of their new allies, the heroes can take the fight to the enemy base. Thwarting the efreet plot requires closing gates to the Plane of Fire and returning the Far Portal to the surface of the sun. However, the forces overseeing the base don't stand idle during this infiltration. In the end, the efreeti commander risks everything to crush the heroes and see his plan to dominate the Burning Archipelago through!
In Shops: Sep 04, 2019
SRP: $22.99