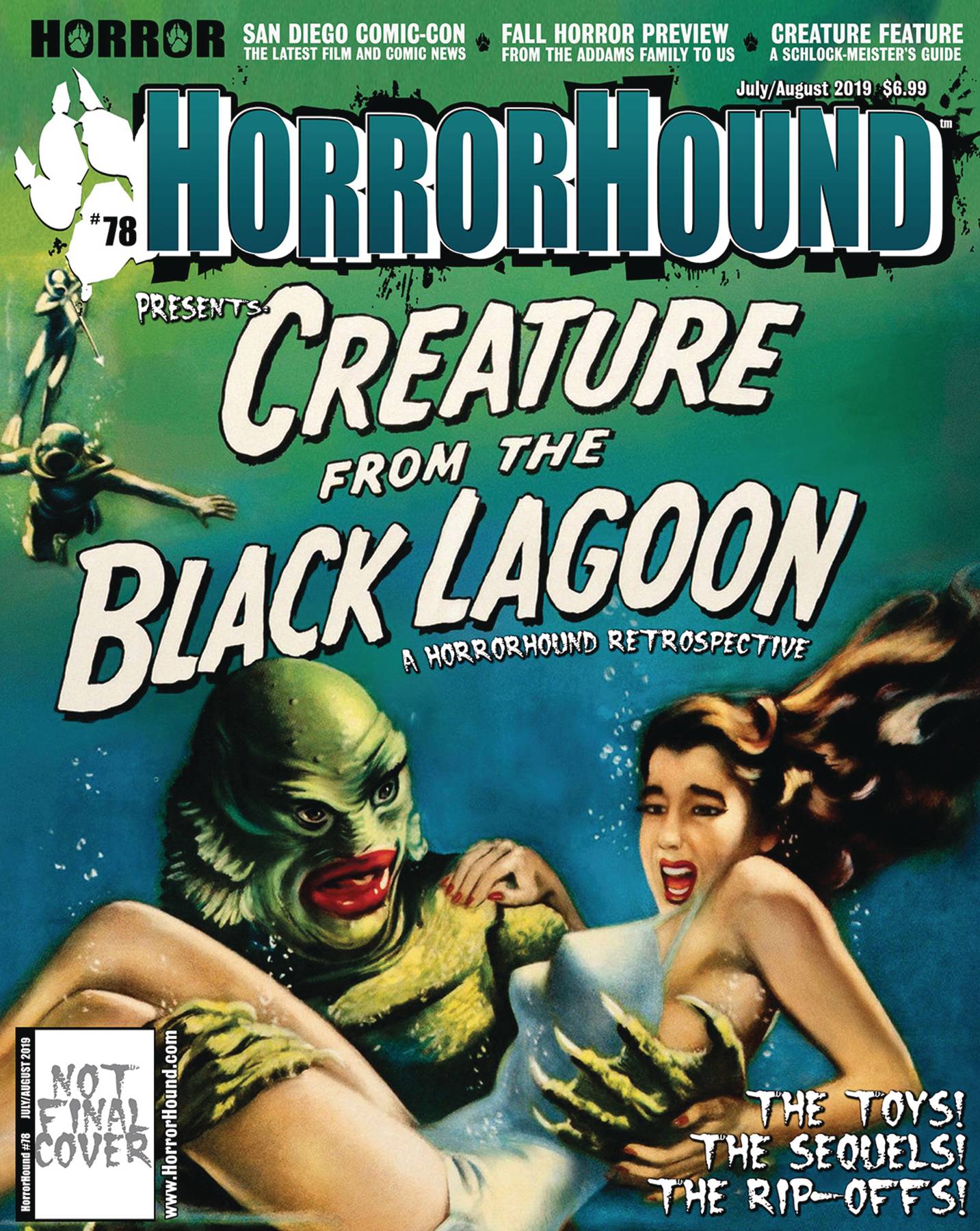 #
MAY191745
The Gillman is celebrating his 65th anniversary, and HorrorHound celebrates with this special retrospective feature that looks back at the Creature from the Black Lagoon, and how this Universal Monster helped shape the film industry as a whole (eventually inspiring the Oscar-winning film, The Shape of Water). We look at the film franchise, its merchandise (including comic books, action figures, games, statues, and so much more), as well as a spotlight on the films that homaged the Creature ... or just outright ripped it off. This issue also features movie news and interviews for Child's Play, Annabelle 3, New Mutants, plus our regular features, such as the latest toy news and horror comic book news, VHS Invasion, and Horror's Hallowed Grounds.
In Shops: Jul 31, 2019
SRP: $6.99
View All Items In This Series