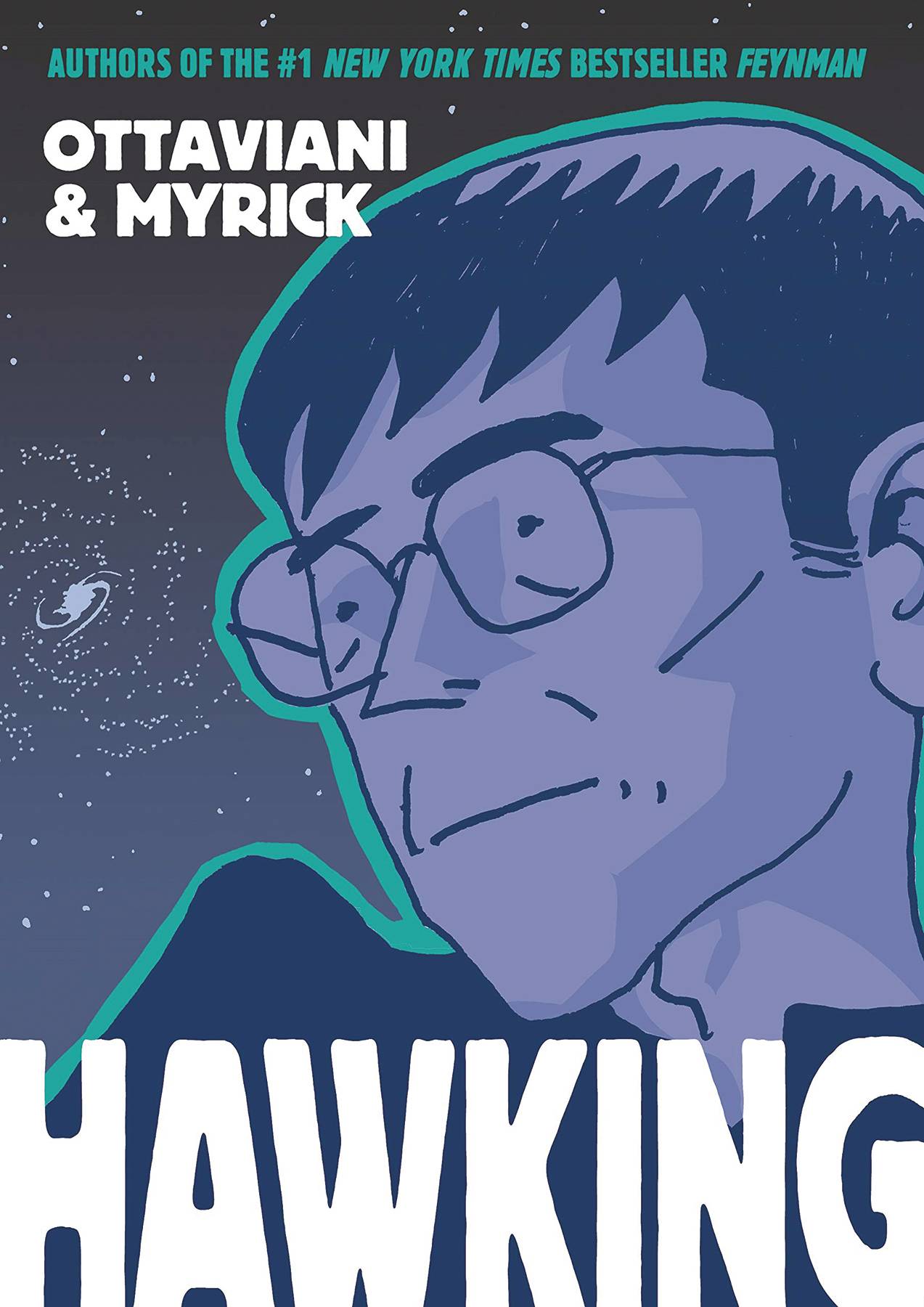 #
MAY191704
(W) Jim Ottaviani (A/CA) Leland Myrick
From his early days at Oxford, Stephen Hawking's brilliance and good humor were obvious to everyone he met. At twenty-one he was diagnosed with ALS, a disease that limited his ability to move and speak, though it did nothing to limit his mind. He went on to do groundbreaking work in cosmology and theoretical physics for decades after being told he had only a few years to live. Through his 1988 bestseller, A Brief History of Time, and his appearances on shows like Star Trek and The Big Bang Theory, Hawking became a household name and a pop-culture icon. In Hawking, Jim Ottaviani and Leland Myrick have crafted an intricate portrait of the great thinker, the public figure, and the man behind both identities.
In Shops: Jun 26, 2019
SRP: $29.99
ORDER WISH LIST