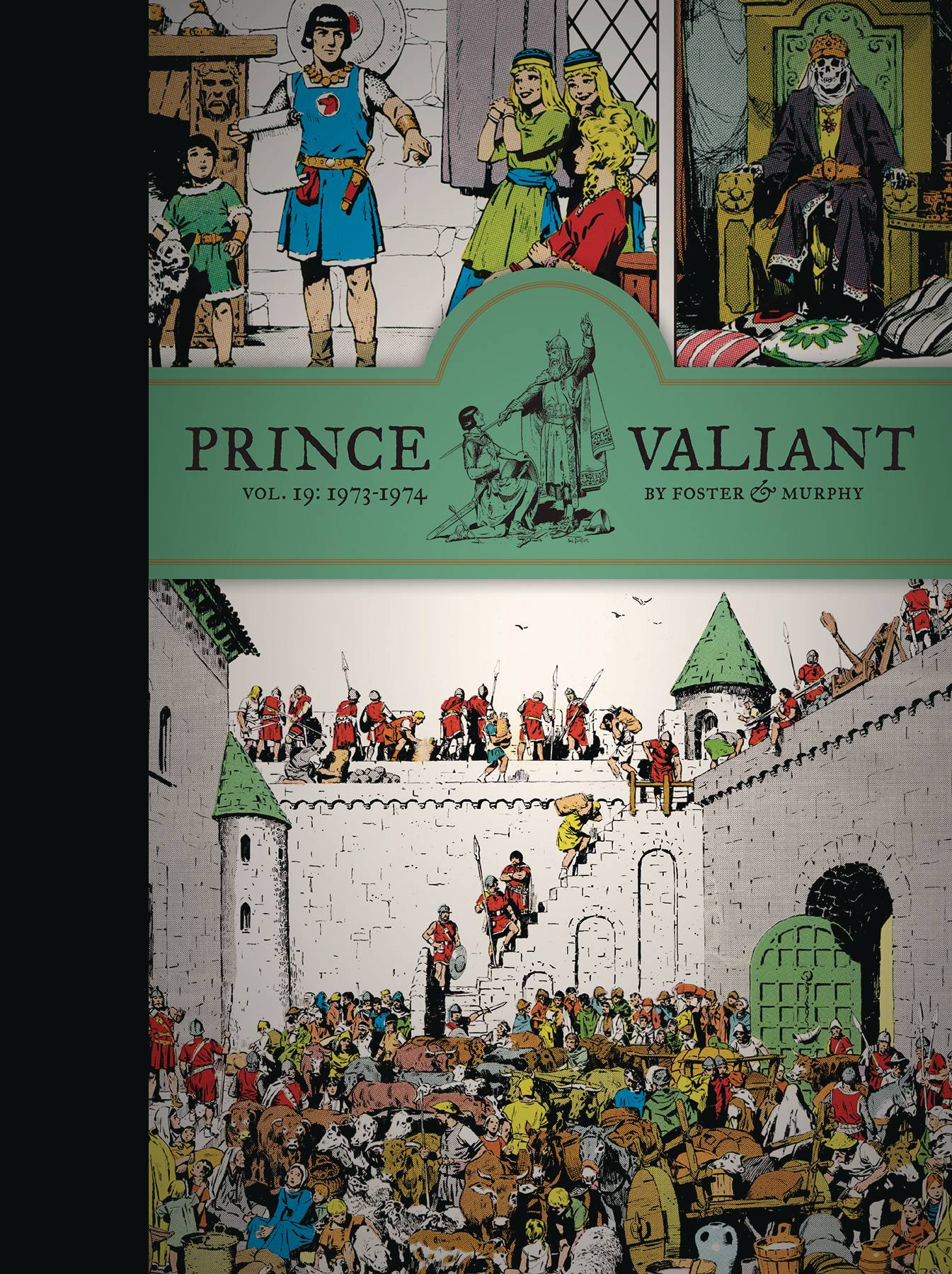 #
MAY191686
(W) Hal Foster (A/CA) Hal Foster
In this latest collection of the famed newspaper strip, Prince Valiant is sent to defend the borders against invading barbarians, but it is young Arn who takes center stage as he travels to his homeland and loses his heart to Lydia, daughter of Haakon.
Also in the latest volume of this award-winning comics series, Arn and Sir Gawain become trapped in a lost, lush land presided over by the mad Duke Cyril and the entombed object of his desire. In Thule, Prince Valiant defends the King of the Inner Lands from a war party led by a giant. Beetle Bailey gag-writer Jerry Dumas introduces this volume with a remembrance of his friendship with Prince Valiant artist John Cullen Murphy. Also: Hal Foster's complete 1943 comic strip adaptation of Franz Werfel's popular novel The Song of Bernadette. Full-color illustrations throughout.