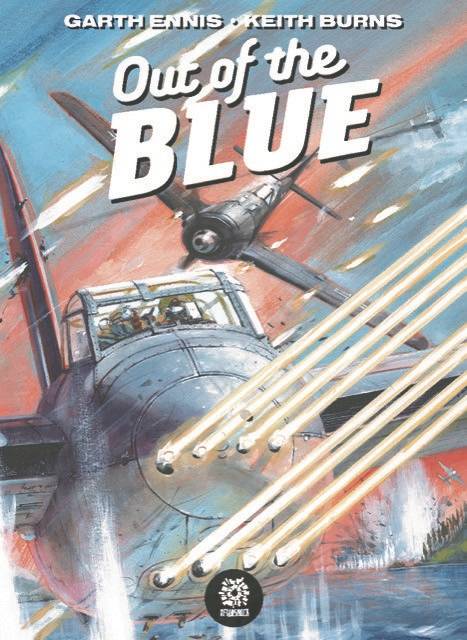 #
MAY191310
(W) Garth Ennis (A/CA) Keith Burns
The second and final volume of Garth Ennis' oversized hardcover original graphic novel series. Jamie McKenzie's fighter-bomber strike missions against the Germans get even deadlier, but his ongoing feud with his own commanding officer is no picnic either. His loving wife Beth provides a surprise or two of her own- but Jamie soon finds that there are those who've paid a steeper price than himself in the battle with Hitler's Reich. The stage is set for a showdown high above the frozen fjords of Norway, as a horde of Nazi fighters lie in wait for the RAF Mosquito squadrons. Writer Garth Ennis (Preacher, The Boys) and artist Keith Burns (War Stories) re-unite after the success of their series Johnny Red, presenting another tale of World War Two aerial combat - featuring skies black with flak and enemy fighters, nail-biting low-level action, and the dark humor of men whose lives can be snatched away at any second... Out of the Blue.
In Shops: Jul 17, 2019
SRP: $19.99
View All Items In This Series