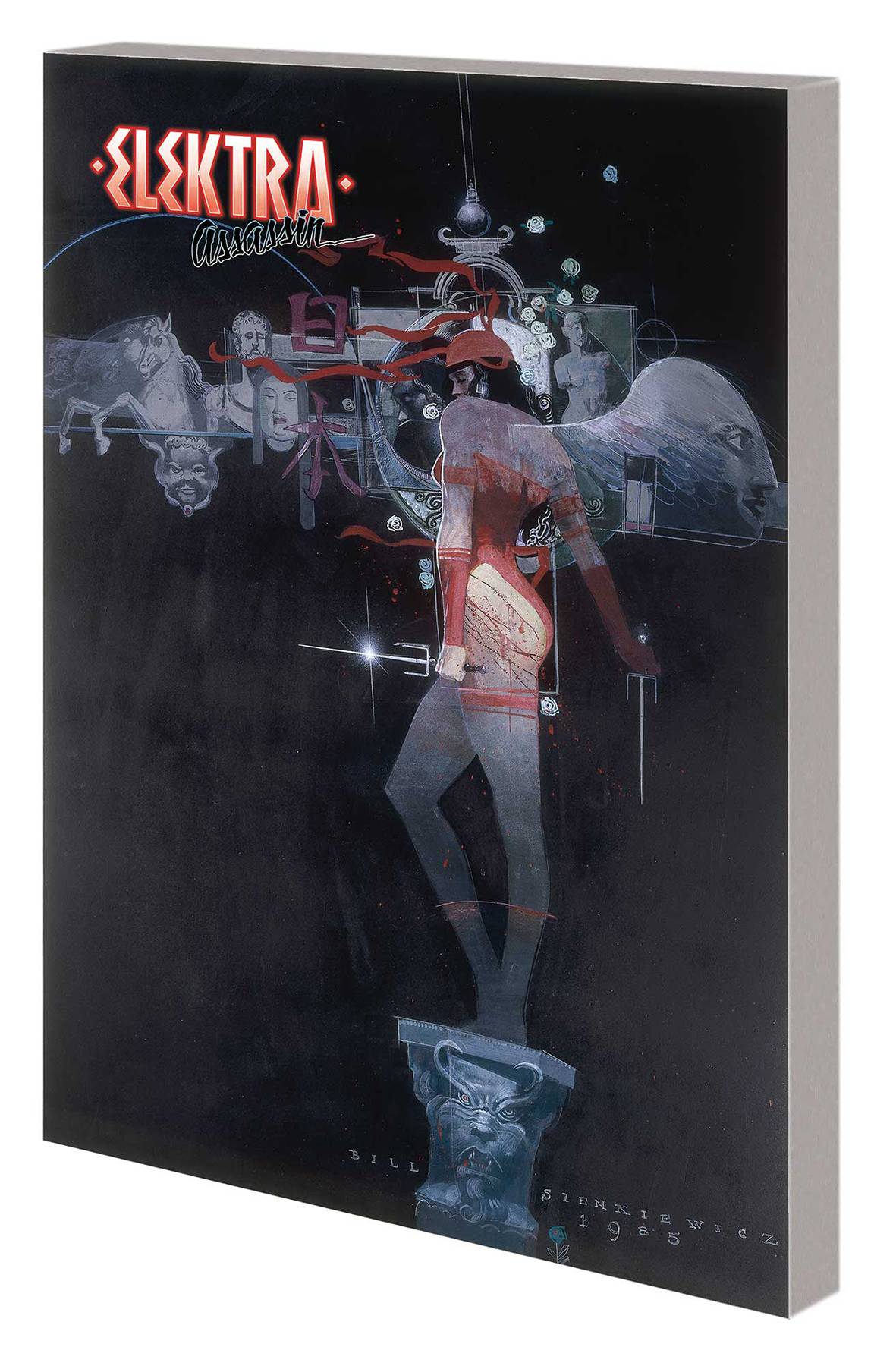 #
MAY190985
(W) Frank Miller (A/CA) Bill Sienkiewicz
Meet Elektra Natchios. This intriguing young woman has played equally intriguing roles throughout her life: gymnast. Martial artist. Ninja. Assassin! Trained in the deadliest of arts and renowned as the world's finest killer, Elektra remains an enigma even to herself. Now, relive her first solo adventure, an epic crafted by two of comics' greatest innovators: Frank Miller and Bill Sienkiewicz! An unconscious woman washes ashore off the coast of a small Central American country. Two policemen are strangled. A diplomat is assassinated. A S.H.I.E.L.D. agent is brutally dismembered. Unrelated events? Hardly. Elektra has returned - and she's back with a vengeance! Prepare for a psychological excursion through the mind, body and soul of the world's most dangerous woman! Collecting ELEKTRA: ASSASSIN #1-8.
Explicit Content
In Shops: Jul 31, 2019
SRP: $19.99
ORDER WISH LIST