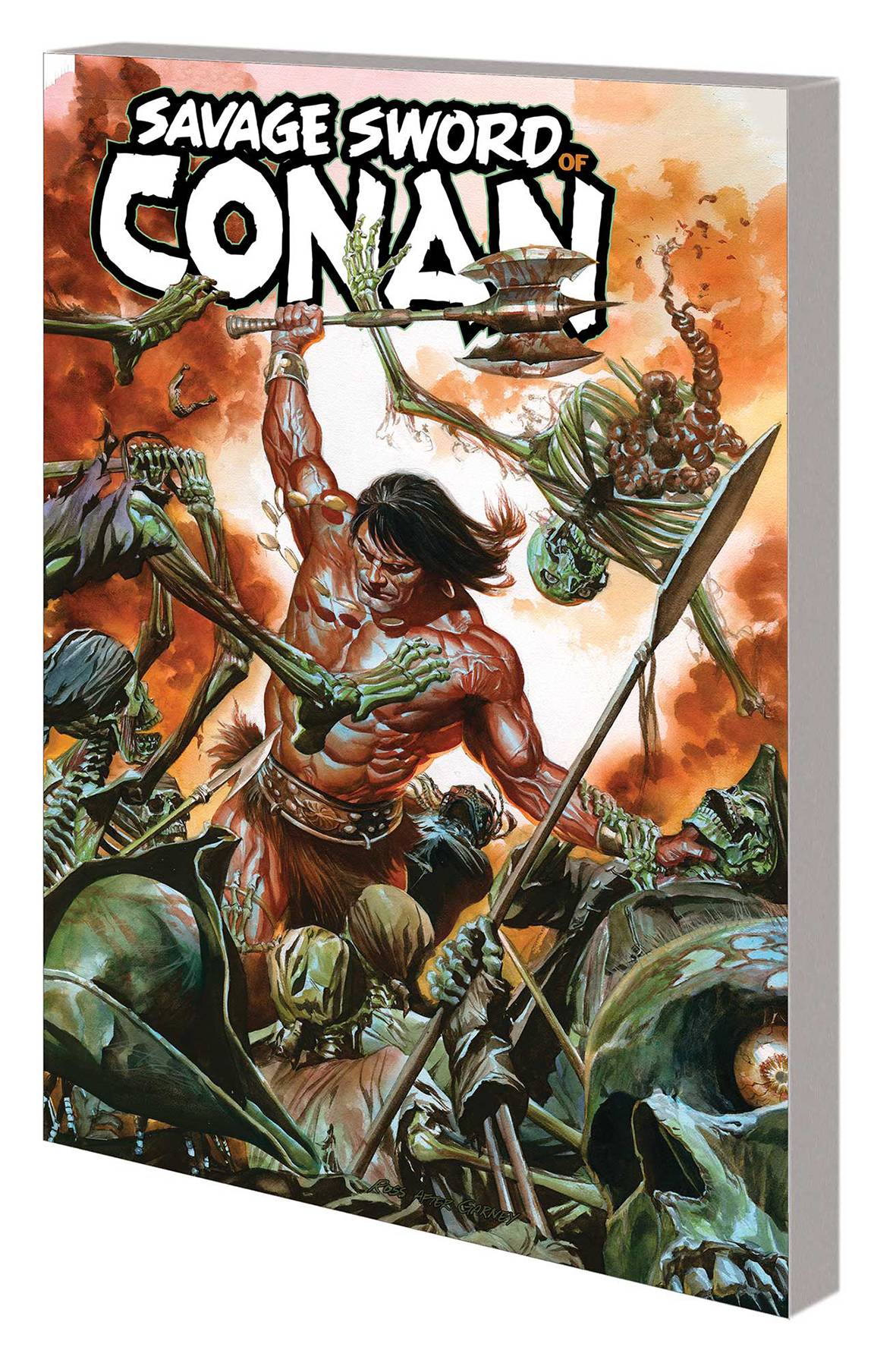 #
MAY190954
(W) Gerry Duggan (A) Ron Garney (CA) Alex Ross
The ancient cult of Koga Thun. A mystical treasure. And the only man who can save the Hyborian Age! But Conan is adrift at sea with no food and no weapons. Death surely awaits him. But by Crom, the lionhearted barbarian is not so easily subdued! When Conan is captured, he unleashes his might on an unsuspecting pirate crew - one whose dark secrets will set him on the trail of an ancient fortune that may prove to be his undoing! Back on the shores of Stygia, a magical guide directs Conan toward dreaded civilization - but it will take all his strength and wits to make his way through the ruined city that awaits him. For to get there, Conan must survive the death cult of sorcerer Koga Thun! Collecting SAVAGE SWORD OF CONAN (2019) #1-5.
Parental Advisory
In Shops: Jul 24, 2019
SRP: $17.99
View All Items In This Series
ORDER SUBSCRIBE WISH LIST