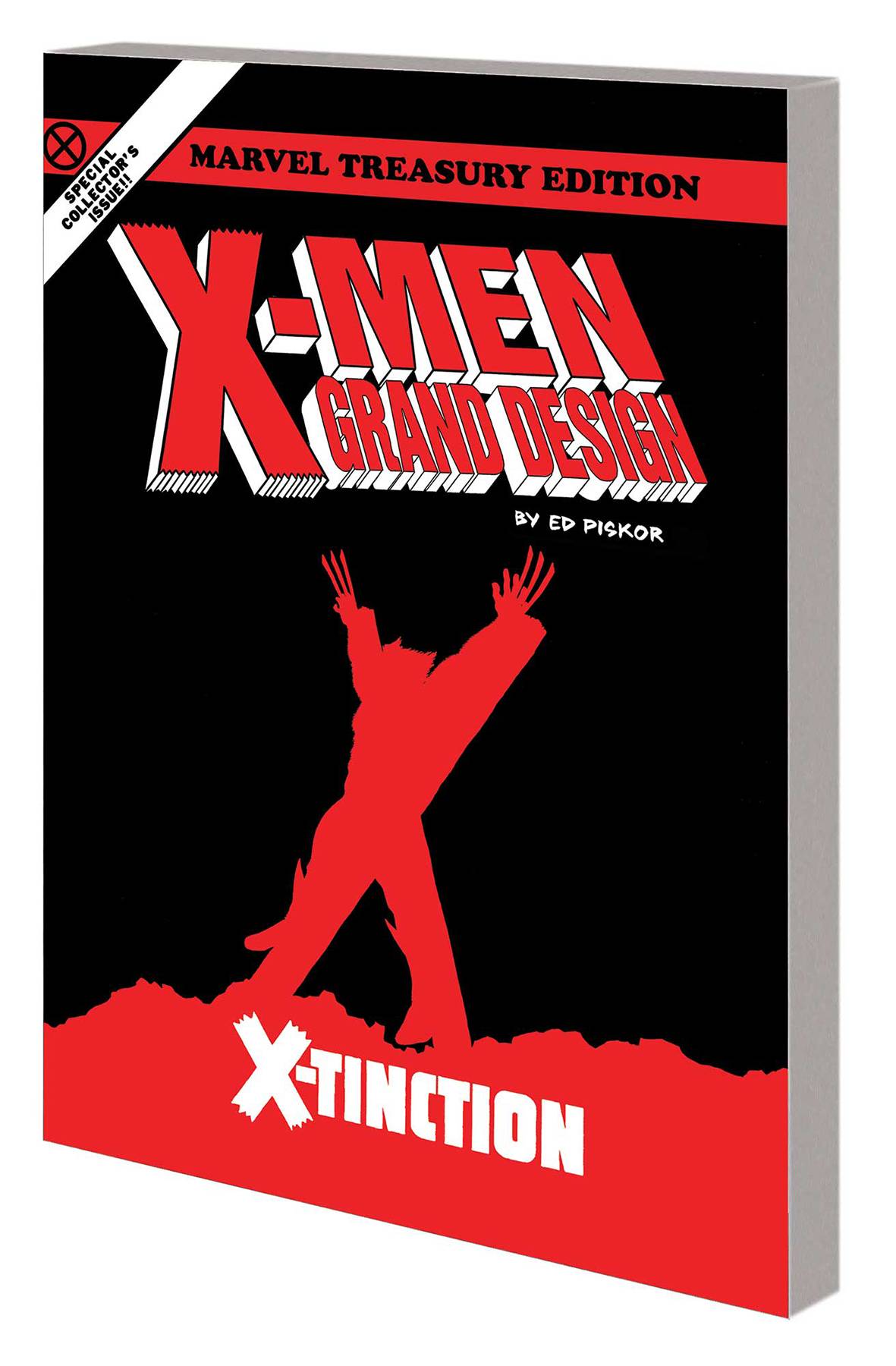 #
MAY190949
(W) Ed Piskor, Chris Claremont (A) Jim Lee (A/CA) Ed Piskor
The series that has critics and fans raving returns for its final installment! The fall and rise of the X-Men revisited! Relive the now-classic storylines of the 1980s - including the Mutant Massacre, the Fall of the Mutants, Inferno and the X-Tinction Agenda! And it's out with the old and in with the blue and gold as the X-Men enter the '90s! An explosive era of X-Men history is revisited, expanded and polished for a new generation - including the debuts of such 1990s mainstays as Jubilee, Gambit, Psylocke, Mister Sinister and more! The final chapter of this best-selling prestige series caps off the first three decades of X-Men lore in one neat package - all of it brought to life by the master of graphic fiction himself, Ed Piskor! Collecting X-MEN: GRAND DESIGN - X-TINCTION #1-2 - plus the classic UNCANNY X-MEN (1981) #268, masterfully recolored by Ed. Presented in the same dynamic, oversized format of the best-selling Hip Hop Family Tree.
Rated T+
In Shops: Aug 21, 2019
SRP: $29.99