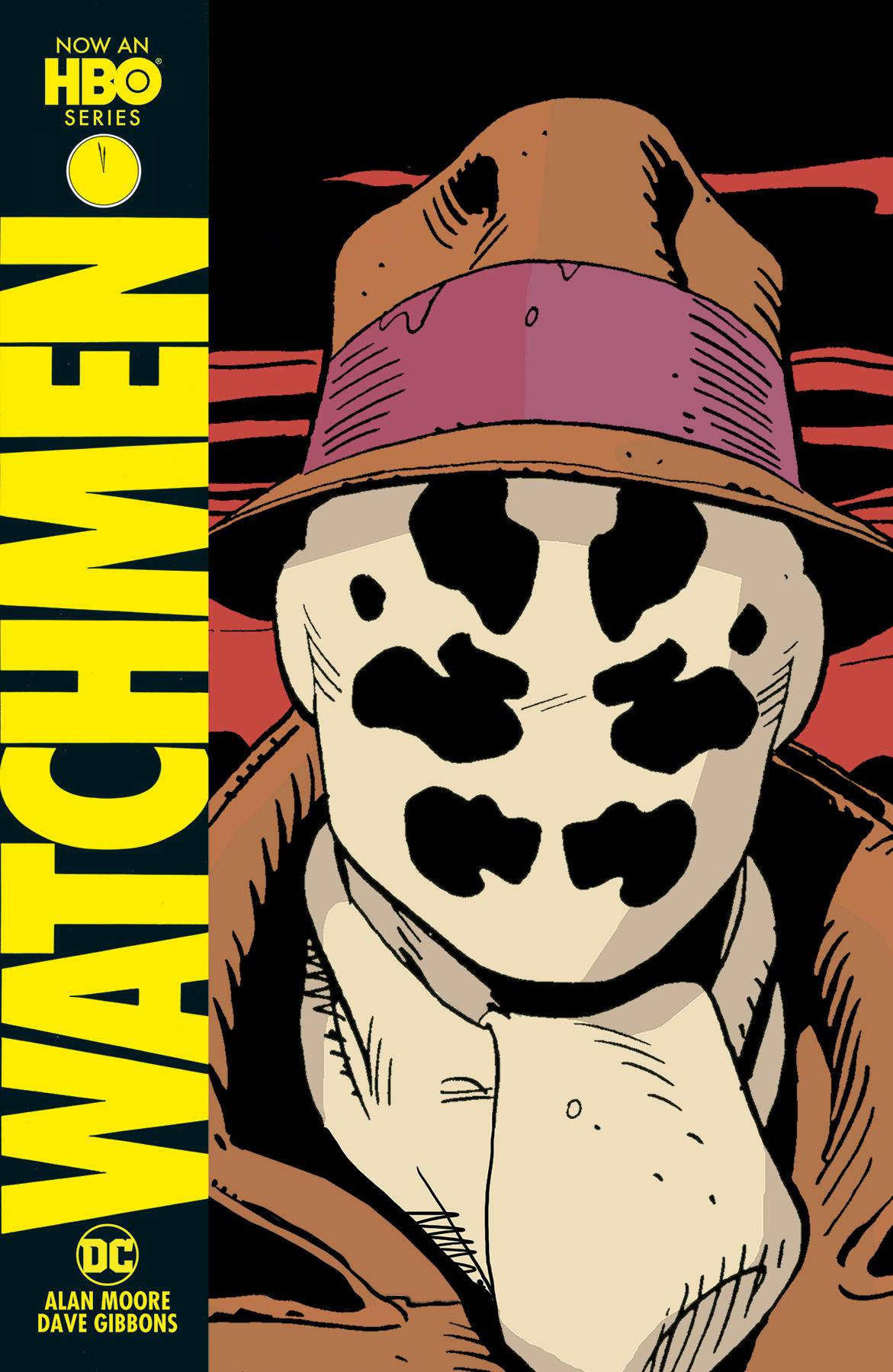 #
MAY190518
(W) Alan Moore (A/CA) Dave Gibbons
In a world where the mere presence of American superheroes changed history, the U.S. won the Vietnam War, Richard Nixon is still president and the Cold War is in effect. WATCHMEN begins as a murder mystery, but soon unfolds into a planet-altering conspiracy. As the resolution comes to a head, an unlikely group of reunited heroes-Rorschach, Nite Owl, Silk Spectre, Dr. Manhattan and Ozymandias-must test the limits of their convictions and ask themselves where the true line between good and evil lies. This new edition of the international collection of WATCHMEN features a new lenticular cover!
In Shops: Aug 21, 2019
SRP: $29.99