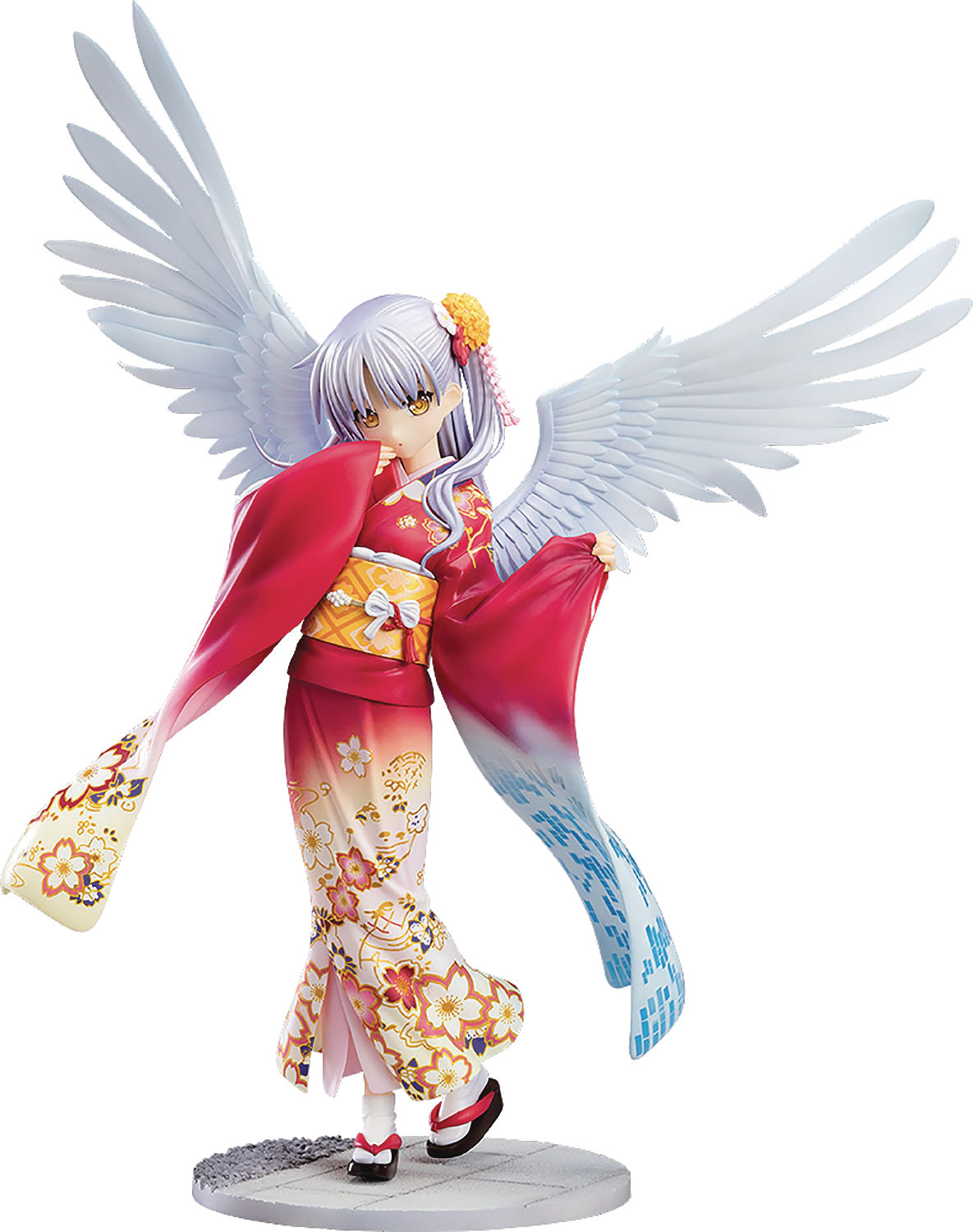 MAY189474
From Good Smile Company. An angel dressed in a traditional Japanese outfit. From Angel Beats! comes a 1/8-scale figure of Kanade Tachibana wearing a traditional Japanese outfit known as a haregi! The figure was made with assistance of Na-Ga, the original character designer of the series, who drew an original illustration which the figure was based on.The vivid red outfit is decorated with various embroidered flowers, while Kanade herself stands in a cute pose with a shy look on her face. Her large angel wings extending from her back as well as the long sleeve on the left make use of semi-translucent parts.